Do You Really Need To Rest on the Sabbath? Part 1 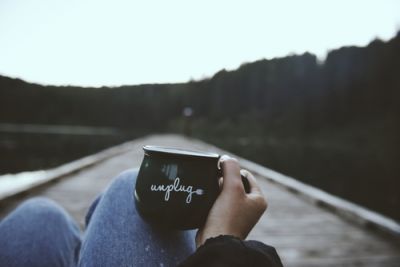 Deuteronomy 5:13 reads, “Six days you shall labor and do all your work, but the seventh day is a Sabbath to the LORD your God. On it you shall not do any work…” In Hebrews 4:9, Paul wrote, “So then, there remains a Sabbath rest for the people of God, for whoever has entered God’s rest has also rested from his works as God did from his…” The Ten Commandments remind you to “remember the Sabbath day, to keep it holy.”

The Jews recognized the Sabbath starting on Friday at sundown and ending on Saturday. Some Orthodox Jews believe in not doing any type of work, using electricity, riding in a car or even heating food. It is a complete day of rest spent with family, friends and the Lord. Christians began observing Sunday as a day of rest, but the original meaning of the practice is preserved in the name for Saturday. The Spanish word for Saturday is “Sabado”; in Italian, it’s “Sabato”; in French, “Samedi.”

Seventh-day Adventists are known for keeping the Sabbath. Researchers have found that Adventists have some of the longest lifespans. Loma Linda, California, has a high density of Adventist residents. Coincidentally, it also has a high per capita number of centenarians, almost 10 times that of the rest of the United States. Researchers believe that the lifestyle lived by Adventists contributes to their well-being. Another study linked resting on the Sabbath to better mental and physical health.

Scientists are also studying the connection between the Sabbath and deaths. There is a study from Israel showing that fewer deaths occur on Shabbat than other days. Interestingly, it was only for Jewish men and women. The researchers did not find the same pattern among the non-Jewish residents.

A.J. Swoboda’s “Subversive Sabbath: The Surprising Power of Rest in a Nonstop World” is a book that discusses the benefits of rest in our 24-7 world. Resting for one day a week isn’t just a spiritual discipline that benefits you; it also contributes to society. The Sabbath was meant to bring people together through food, ritual and rest.

Some people have implemented a “tech Sabbath,” which involves one day a week without social media, email or internet. It’s about unplugging from electronics to spend time with those you love. This tech version is a modern interpretation of the practice. It might be difficult to live today without electricity or driving, but you can certainly put down your phone to focus on your family.

It’s been argued that the Sabbath is an Old Testament covenant sign, given to the Israelites. Some Christians argue that Jesus’s death and resurrection abolished the requirement. Certainly, Christians do not offer animals at the temple as the Israelites once did. Jesus defended his disciples for picking ears of grain on the Sabbath, which was against Jewish law. Jesus honored the Sabbath without the strict laws and regulations placed on the Israelites by the religious leaders. He healed a man on the Sabbath and faced controversy over that act. The early Christian leaders made a point to remind their followers to rest. The Israeli law may not apply to Christians, but there are plenty of good reasons to rest.

The Important Thing Is To Rest

Taking a Saturday or Sunday to rest might be a privilege reserved for people with 9 to 5 office jobs. Maybe the day you rest isn’t as important as stepping out of your normal routine and resting. No matter what you believe about spirituality, whether you are atheist, agnostic, Jewish or Christian, a day of rest builds your soul and body. Consider making the Sabbath part of your weekly routine. Give yourself a day with friends and family. Unplug from your routine. You don’t need to be busy all the time, so make rest a priority.