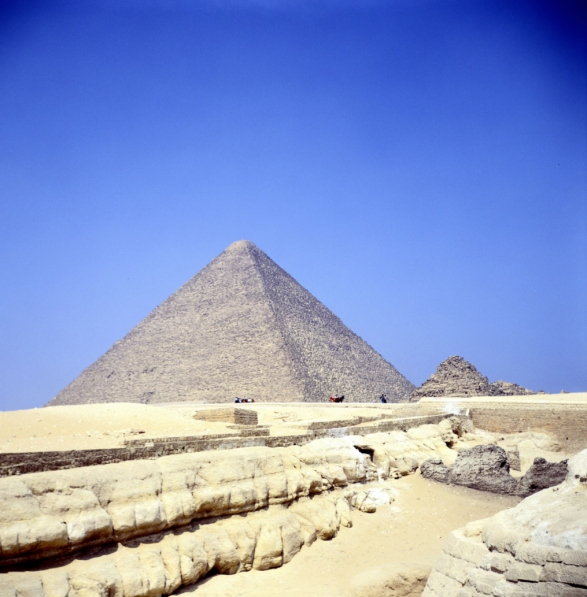 From an ancient Egyptian tomb with writings on the walls describing the afterlife to teams of scientists delving into the legend of the home where Jesus grew up in Nazareth, digging into the past teaches people a lot about themselves. In the jungles of Honduras, an ancient lost civilization appears out of the jungle. Its walls and relics tell of religious rites ceremonies and achievements of a forgotten people.

Reading About the Afterlife on the Walls

Archaeologists have discovered a tomb south of Cairo, Egypt, that dates to 1100 BC. The burial place contains some "very nice inscriptions" of the afterlife of the deceased and his funerary procession, experts said.

Adjoining a neighboring tomb that has been known longer, and looted more, the new tomb was constructed for a guard of the army archives and a royal messenger to foreign countries. The area, called Saqqara, is the site of the oldest known pyramid in Egypt, and the necropolis for the nearby city of Memphis.

The Home Where Jesus Lived?

In Israel, a team of archaeologists led by a professor from the University of Reading in the United Kingdom is exploring a home that dates to the first century AD that was reputed to have been the home where Jesus lived as a youth. The truth of whether Jesus actually lived with Joseph and Mary in the home set into a hillside in the area of Nazareth cannot be definitively stated, but it is a real possibility according to the scientists who have studied the area, as well as historical records dating back centuries.

Two other homes in Nazareth where Jesus grew up are known by archaeologists and date back to the first century, the time when Jesus and his family lived in the area. One was discovered by nuns in the 1880s after centuries of obscurity, although it had been recognized in the Middle Ages among locals as the home of Jesus, according to historical records researched recently.

The Home of "The Monkey God"?

U.S. and Honduran archaeologists, assisted by wilderness survival experts formerly with the British military, explored a long-lost city in the jungles of Honduras. European and other explorers have pursued legends of the "City of the Monkey God," also called the "White City," for five centuries. Using aerial radar technology, scientists located the shape of architectural structures buried deep in the Honduras jungle.

Covering thousands of acres of swamps, mountains, jungles, and rivers, the Mosquitia Jungle is as dense and difficult to access as nearly anyplace on earth. The area was once home to an ancient culture that built the city. The culture disappeared so completely thousands of years ago that there is no current name for the people who dwelt there.

Accompanied by a writer and photographer from National Geographic and by Honduran military troops, the archaeology team relied on help for jungle survival skills from two former British special services soldiers. In a valley ringed by mountains, alongside a river, a team of archaeologists uncovered remains of a great civilization. Earthworks, mounds, dirt pyramids, and massive plazas were all mapped by the exploratory team. Intricately carved vessels and stone ceremonial seats were among the discoveries on the venture.

Much to Discover About Our World

The lead archaeologist noted that the find of the legendary lost city shows that, "even now, well into the 21st century, there is so much to discover about our world." He pointed out that the uniquely undisturbed state of the ruins is crucial to the educational opportunity that the dig represents. The team has withheld the location of the site to protect it from looting. Greater damage potentially looms, though, from the rapid expansion of cattle ranches as near as 12 miles away. In order to raise beef for voracious American and world appetites, workers from those ranches continue to cut down and destroy the rain forest..

Discovering Connections Across Time and Cultures

As people learn more about the world and the secrets of the past, many discover that the differences between people, and between and past and current cultures, is not as great as had been thought. All creatures are children of the same universe and have more in common than they do differences separating them.