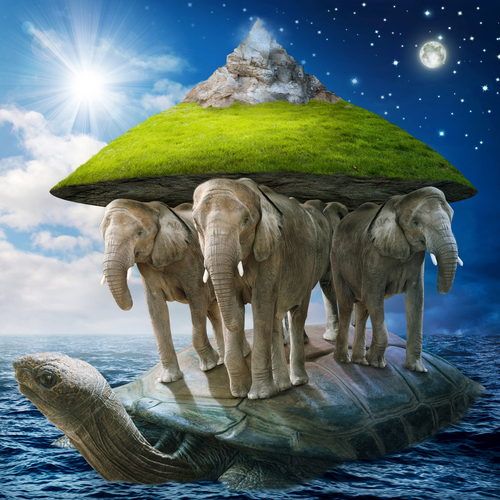 There has been no shortage of stories and theories that have attempted to explain how the world came into existence, many of them from religion. Why so many stories across different cultures share similar explanations is a bit of a mystery. One story of particular interest is that of "The World Turtle." This account of the beginning of creation has appeared in the myths of the Iroquois and the Chinese, and is perhaps most well-known from Hinduism. Although each of these cultures vary dramatically in many different respects, this creation myth is an idea that they all have in common.

For Hindus, the Turtle mythos actually has similarities to other creatures in their culture that occur in creation myths such as the World Serpent and the World Elephant. In essence, however, the account describes the body of the turtle as the container or the universe itself. The earth is actually the Turtle's lower shell while the the atmosphere is its body. The upper shell is what houses the heavenly realm. Within Hinduism, the Turtle is actually called the Kurma, although, across many different cultures the World Turtle is also referred to as the Cosmic Turtle, the Divine Turtle, and the World-bearing Turtle.

While the Hindu account is the most well-known, as interfaith ministers we can see overlap in different spiritual traditions. In 1680, Jasper Danckaerts documented the version of this story as it is told by the Iroquois. In this culture's account, the Turtle plays the same role, adapting the body of the creature to represent the different aspects of existence that were known to the Iroquois people. This story is often known as the "Lenape" myth after the North American division of people who initially shared the myth with Danckaerts.

The Chinese account differs slightly in that they speak of a creator goddess who exists prior to the World Turtle. This goddess, Nuwa, cuts the legs off of the Turtle and uses them 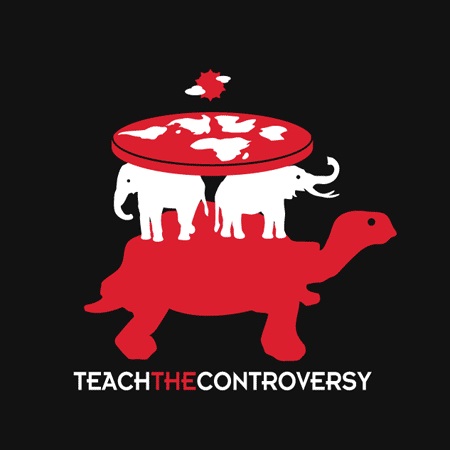 to prop up the sky. This action was necessary after another deity referred to as Gong Gong caused damage to the Buzhou Mountain that originally had been responsible for the job.

Identifying the similarities in stories such as these that play important roles across different religions is important in understanding one another's culture so that we may work more closely together and exist peacefully. Additionally, it is important for people to ask themselves questions about why different cultures have similar stories.