Clashes Between Government and Religious Leaders in the Balkans 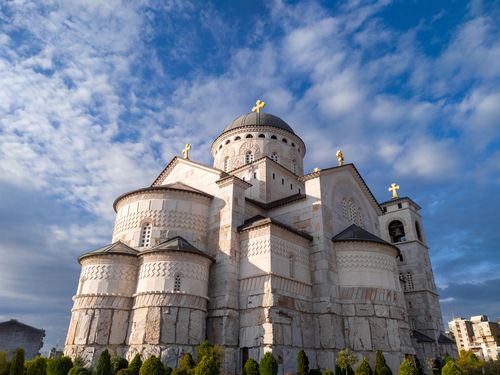 While the world struggles with a global pandemic, it may seem like almost everything else has been put on hold. Unfortunately, political tension and conflict still exist and may be made even more complicated by the dangers of COVID-19. Religion is often a beacon of hope and community for dedicated worshipers, but the same passion that creates dedicated followers of a church may also cause heated tensions when religion and politics mix. An example of this is the religious conflict currently boiling in Montenegro, a European country located in the Balkan peninsula.

A History of Religious and Political Pressure

Located in Southeast Europe, the Balkan countries are home to many different ethnic groups practicing a variety of religions and coming from an array of cultural backgrounds. The Balkans have historically been referred to as a political "powder keg" and were the site of some of the first conflicts that sparked World War I. After World War II, the former country of Yugoslavia broke up into several new states:

Montenegro is a relatively small country with a population of just over 630,000 people. While among the smaller of the Balkan states, Montenegro is complex and is torn between traditional ties to other Slavic nations and a desire to become more Western. Religion has become intertwined with politics in the small nation as the largest church in the country, the Serbian Orthodox Church, has become a major point of contention. Government leaders suspect the church of keeping the country tied to Serbia and Russia, while the church’s many followers insist that it is a vital part of their heritage and faith.

A recent flareup of these tensions occurred when eight priests were arrested along with a Serbian Orthodox Bishop for leading services that brought thousands of people to gather despite the dangers of the novel coronavirus pandemic. Many of the participants ignored social distancing guidelines and did not wear masks, creating a hotbed for the spread of the virus. While the arrests may have been justified by the governments' interest in protecting public health, they are seen by many as part of the larger religious conflict in the country.

Around 60 additional people were detained as a result of mass protests demanding the release of the priests. The protests became violent, leading to over 20 police officers being injured. The protesters were aggressively broken up with pepper spray, though police claim these measures were only taken after the people gathered began to strike out against them.

Earlier in the month, the Serbian Orthodox Church leaders were released to a waiting crowd of hundreds of people, a cause for celebration to many faithful followers of the church. As all of this occurs, Montenegro continues to push for closer ties to the Western world even in the face of opposition from historic Slavic allies such as Russia and Serbia.

As the world focuses on the novel coronavirus, other challenges continue to affect the lives of thousands of people. The conflict in Montenegro is one important example of the issues that can occur when religion and politics clash. The government continues to push for new allies while thousands of people fight to hold on to tradition and religion. While the government's goals may be understandable, the Serbian Orthodox religion is an important part of the lives of many citizens of Montenegro, and undermining it for the sake of politics will likely only continue to cause contention.