Churches Band Together To Wipe Out Medical Debt 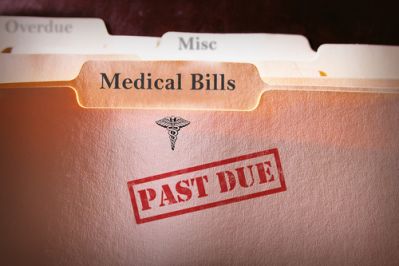 In an example of true Christian charity, churches across America are banding together to eradicate the medical debt owed by strangers the church members likely never will meet. In a cooperative effort sweeping the country, churches, primarily small Christian ones, work with RIP Medical Debt, a nonprofit organization in Rye, New York, that arranges medical debt payoffs. In the past year and a half, 18 churches from California, Illinois, Kansas, Maryland, Texas, and Virginia have joined in. Their efforts have eradicated $34.4 million in medical costs owed by low-income individuals who cannot afford to pay it.

How the Program Works

RIP buys medical debt portfolios for pennies on the dollar using funds provided by its donors. But instead of attempting to collect, RIP forgives them, notifying the respective debtors that any funds owed no longer exist.

To be eligible for this program, a debtor must earn less than twice the federal poverty level of approximately $12,490 per year for an individual and $25,750 for a family of four. In addition, the individual must have money owed equaling at least 5% of his or her income and have more debt than assets.

In the Gospels, both Mark and Luke tell the story of the widow’s mite, wherein a poor widow woman gives her gift to God. Mark 12:41-44 tells it this way:

And Jesus sat over against the treasury, and beheld how the people cast money into the treasury: and many that were rich cast in much. And there came a certain poor widow, and she threw in two mites, which make a farthing. And he called unto him his disciples, and saith unto them, Verily I say unto you, that this poor widow hath cast more in than all they which have cast into the treasury: For all they did cast in of their abundance; but she of her want did cast in all that she had, even all her living.

And he looked up, and saw the rich men casting their gifts into the treasury. And he saw also a certain poor widow casting in thither two mites. And he said, Of a truth I say unto you, that this poor widow hath cast in more than they all: For all these have of their abundance cast in unto the offerings of God; but she of her penury hath cast in all the living that she had.

The moral is the same. If you give all you have, this is more than sufficient. The small amounts donated by small churches to eradicate medical debt have achieved the following:

RIP’s medical debt forgiveness program allows small churches to make their charitable dollars go further than they ever thought possible. It’s also a natural extension of churches’ traditional charitable work. Churches can choose to help a specific region and/or specifically help veterans. They can also choose to have their name on the letters RIP sends to the debtors. Many churches, however, opt not to do this.

As Kenny Camacho, Revolution Church’s lead pastor, said, “When a person has their debt forgiven, we want them to experience that as a kind of no-strings-attached gift. We don’t want there to be any sense that because we did this now they should visit our church or something.”