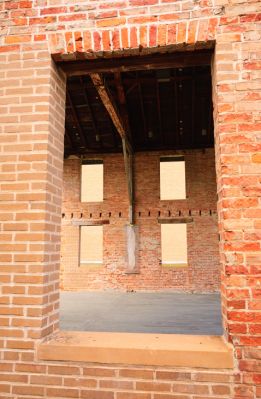 Seneca Falls is a small town in central New York. At the 2010 census, the population was just a little over 9,000. Still, it holds an important place in history. In 1848, the first women’s rights convention was held in this community. Local Quaker women organized the event when Lucretia Mott was due to visit the area. Mott was a Quaker preacher and orator who was quite famous for her speaking abilities, even though the time period demanded that women be silent in public. There’s probably no better place in the US to remember women’s rights. Here are six places you should make sure to check out.

This historic church is where the convention was held. The committee had forgotten to have the church unlocked. A young boy had to climb through an open window to unlock the doors. Women had to bring their children and about 40 men were in attendance. The church still stands and is listed on the National Register of Historic Places. However, most of the interior has been removed. It should be remembered as the place where women demanded the right to vote.

This church is one of the most beautiful in the area. The parish itself organized in 1831, but the current location of the church was not chosen until the 1880s. The first service was held on Easter Sunday in 1886. The bishop did not consecrate the church until 1890. The congregation wanted to pay off the debt from construction, $13,000, before the church was consecrated. The architectural style of the church is mixed Gothic and English, which at the time was novel.

The interior woodwork is natural wood. Georgia pine timbers make up the ceiling and supports. The pulpit and communion rail are oak and the pews are ash. Three of the stunning stained-glass windows are from Louis Comfort Tiffany, but that’s not to take away anything from the other windows.

The sculpture trail is almost two miles long. Many of the sculptures on the trail have been created by women about the women who inspired the women’s rights movement. Although it isn’t technically a religious site, it’s a great place to meditate or relax in nature.

The National Park Service offers tours of one of the only organizers of the Women’s Rights Convention who lived in Seneca Falls. She called her home the “Center of the Rebellion.” It was sold in 1862, when she and her family moved to New York City. This woman was vital to the movement for women’s rights. Stanton never stopped lecturing or writing on women’s rights, even though she was never able to vote in a national election. The right to vote came in 1920, 18 years after her death.

Although this wildlife refuge has a regal name, it actually has no connection to the Aztecs. A local man named his hilltop home after the emperor Montezuma. The name stuck, and eventually the refuge acquired the name. This refuge is considered a good example of an undisturbed swamp woodland, and it’s a stopping point for many migratory birds. It is a National Natural Landmark, federally protected land that is a stunning place to experience nature.

Just 38 miles northwest of Seneca Falls is the historic building where the Book of Mormon was published for the first time. Tours of the building are given daily. When the original printing of the book went on sale, few of the 5,000 printed copies were sold. Today, those early editions are worth $100,000 or more.