Beyond the L and the G: Gender and Sexuality Inclusion 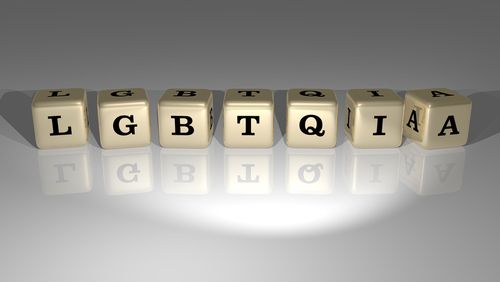 Church leaders who want to create open, welcoming spaces for LGBTQIA+ people often grapple with the specific ways they should go about doing so. While their intentions are noble, many of them still fall short of including people all along the gender and sexuality spectrum. For example, their affirmation statement may welcome people whether they are gay or straight, but that still leaves out a lot of people represented by the letters in that acronym. Leaders should challenge themselves and their congregations to go beyond lesbian and gay inclusion, and learning the specific obstacles that are likely to stand between others in the LGBTQIA+ community and the church is a good place to start.

Someone who is bisexual is not just attracted to one gender. When bisexual people come out, they may be told that they are just going through a phase or that they are really gay or lesbian but just haven't come to terms with it yet. These individuals are often misunderstood, particularly if they are in relationships with partners who present as a different sex or gender. However, a bisexual man is still bisexual, even if he happens to be dating a woman. One way to express openness is simply to believe people when they share their identities.

There are a lot of variations in the trans experience. Generally speaking, transgender persons do not identify with the sex they were assigned at birth. People who have never experienced gender dysphoria may find this confusing. As a result, many cisgender churchgoers who want to be inclusive may ask questions that are too personal in an attempt to understand. You don't have to fully understand someone else's experience for it to be real and true, though. You can be open to dialogue and still respect the privacy of the trans person with whom you are speaking.

The fifth letter of the LGBTQIA+ acronym may stand for queer, questioning, or both. Queer is often used as an umbrella term for those who don't identify as cisgender or straight but don't narrow their identity to other categories, and questioning typically means that they may be challenging some of their own perceptions of their gender or sexuality. Some church members, particularly those who grew up in more fundamentalist traditions, may find themselves defaulting to a desire for a specific definition that describes the new people they meet. This can put too much pressure on those who are in the process of exploring and understanding themselves, however. It's important to let people reveal each aspect of their identities as they feel comfortable doing so, and gender and sexuality are no exception to this guideline.

Intersex may describe any number of situations wherein the body a person is born with does not fit the standard definition of male or female. Intersex people are often asked intrusive questions about their bodies that no one would ever consider asking those who introduce themselves as straight. Once again, it's essential to remember that just because people share that they are intersex, that doesn't automatically open the door for a no-holds-barred discussion. The key to inclusion is creating a safe space where they are free to be open but their privacy is still respected.

Broadly speaking, an asexual person does not typically experience sexual attraction with the same frequency or intensity as others. Some people, however, mistake this for a preference to be alone, and this may not be the case. They may still crave romantic relationships. As with other identities within the sexuality spectrum, each individual is unique, so it's important not to make assumptions based on the specific term with which he, she, or they identify.

As the plus sign on the end of the acronym indicates, cultural understanding of LGBTQIA+ people is constantly evolving. If the church truly wants to be a place of inclusion, its understanding must evolve too.

Everyone has the right to experience Love and follow their belief system!!! My quote is, (Do what ever you want, WITHOUT, causing harm). Bless Everyone Pastor Ron