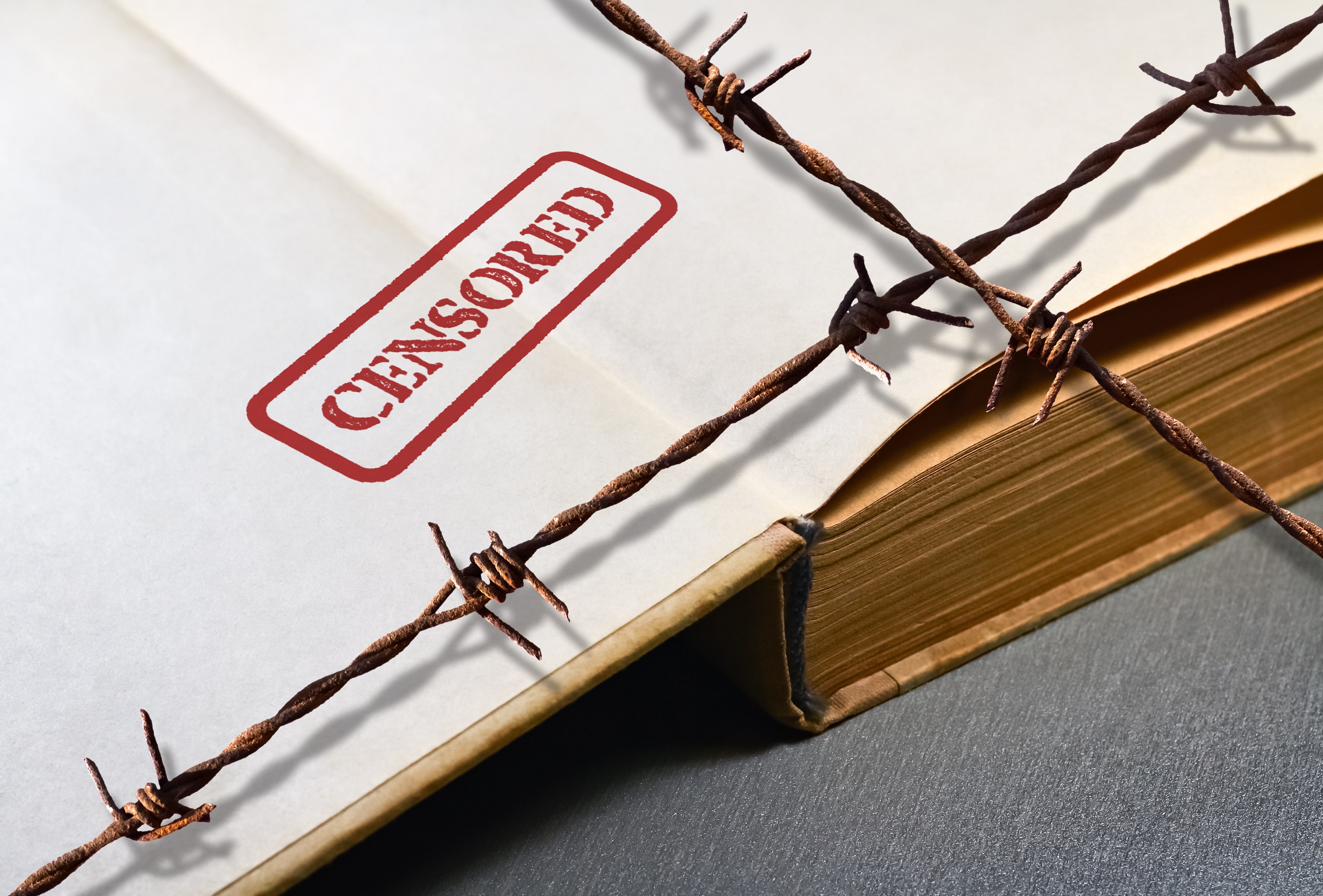 Jen Hatmaker, a Christian author, spoke out in support of the LGBT community and same-sex marriage. Her books were taken off the shelves at LifeWay Christian stores due to her beliefs. LifeWay has the right to sell which books they choose and, fortunately, Americans have many places to shop to get the books they want to read.

Banned Books Week begins on September 24. We should celebrate the freedoms we have to read. Not everyone around the world has that right. Many times, it's the government that bans books. Here are some books that have been censored:

When Orwell finished this work, he had a hard time finding a publisher because of the criticism of the USSR. Once "Animal Farm" was published, it was banned in communist countries. Today, the book is banned in North Korea, censored in Vietnam and frowned on in Islamic countries. The novel has been named one of the best 20th century novels and has won many awards, but people are still concerned about its contents.

Religious literature is highly restricted in many countries. In the U.S., it has been challenged, but never banned. Many people have held that the Bible should not be part of a collection in libraries maintained by public money, but it's also been noted that books from many different religious texts should remain in the libraries. However, in North Korea, Somalia, Libya and the Maldives, it is quite dangerous, if not illegal, to own a Bible. Remember that the next time you pick up your religious text and appreciate the fact that you can read it without worry about being arrested.

"The Canterbury Tales" by Geoffrey Chaucer

Most English literature texts have at least one of the stories from Chaucer's collection because he is considered to be one of the greatest poets from the Middle Ages. At one time, this collection was banned in the U.S., because it was thought to be obscene or inappropriate.

This Dan Brown thriller sold 80 million copies, but many Christian denominations have denounced it as an attack on the Roman Catholic Church. In the United States, it was made into a movie. "The Da Vinci Code" has been translated into 44 languages, but it was banned in Lebanon because Catholic leaders believed that it was offensive to Christianity. Brown didn't let that stop him. He went on to write three sequels.

This novel, considered one of the most tragic and famous love stories, could not be published in the USSR. It was published outside of the Soviet Union in 1957. When Pasternak won the Nobel Prize for Literature in 1958, he had to reject the prize because the Soviet Union threatened his re-entry into the country if Pasternak traveled to Sweden. Fortunately, the Nobel Prize Committee did not take back the award. The award ceremony did not take place. The Soviet Union banned the book until 1988, even though Pasternak was celebrated for his contribution to Russian lyrical poetry.

"The Grapes of Wrath" by John Steinbeck

This literature standby was banned in many places in the U.S. when it was first released. In fact, some Americans even burned the book. The novel would go on to win the Pulitzer Prize for Fiction and the National Book Award. About 30 years after it was published, Steinbeck won the Nobel Prize for Literature, largely due to this work. It might be referred to as a "Great American Novel," but it caused a lot of furor when it first came out.

While you may not be able to read every book that has been banned, the next time you pick up your favorite tome, remember that not everyone has that freedom.