Assisted Suicide: Compassionate Help or Murder By Another Name? 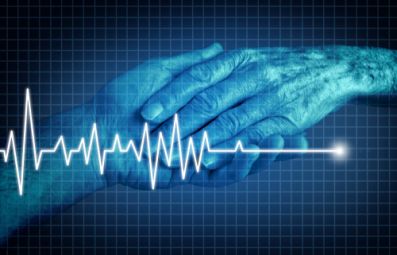 Euthanasia, the painless killing of a person suffering from an incurable and painful disease or in an irreversible coma, is illegal in the United States. Assisted suicide, on the other hand, is legal in Washington, D.C., California, Colorado, Oregon, Vermont, and New Jersey. Beginning August 1 of this year, assisted suicide will also be legal in Hawaii and Washington.

How People Feel About Assisted Suicide

As with the abortion issue, people tend to take rather strong pro or con positions on assisted suicide. Some believe that it is morally wrong under any circumstances, while others take a more circumstantial approach.

Of those churches most opposed to assisted suicide, most notably the Catholic Church, the reasons most given include the following:

In the Catholic Church, both euthanasia and assisted suicide are mortal sins, i.e., those that sever man’s relationship from God and turn man away from his creator. The Church adheres to the literal interpretation of God’s seventh commandment to Moses: Thou shalt not kill. According to the Church, this commandment is absolute and unchangeable regardless of circumstances. Therefore, per the Church, the individual, while a free agent, does not have the freedom to end his or her own life. God retains absolute sovereignty over life and death.

Interestingly, no religion, including Catholicism, prohibits or frowns upon an individual refusing extraordinary and aggressive medical care in an effort to preserve his or her own life. Consequently, people of all faiths can execute an advance directive, living will, durable power of attorney for health care, or whatever else they call their legal document specifying the kinds of medical care and procedures they want and do not want if and when the time comes when they are too ill or injured to express those wishes themselves. Their advance directive also names the person who they want to carry out their wishes if they cannot communicate them themselves.

No religion likewise opposes either hospice or palliative care, the objective of which is to provide compassionate care and pain relief for those suffering from a terminal illness or one that is serious enough to become life-limiting.

While assisted suicide may be legal in a number of states, many religious organizations still condemn it. Despite the religious opposition, the practice is gaining in popularity.