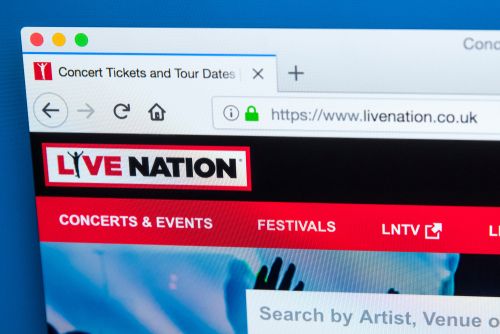 Over the past several weeks, tensions have been heated in the United States over issues of diversity, inclusivity, and cross-cultural respect. While a lot of focus has understandably been centered around the Black Lives Matter movement, other issues have also surfaced. One interesting debate surrounds the widespread misuse of religious imagery from Buddhism, Hinduism, and other religions as decoration in nightclubs in the United States.

How Is Religious Imagery Being Misused?

Statues of important Hindu and Buddhist deities (as well as other religious images) are sometimes used as decorative elements in nightclubs. One notable company that is being called out for this is Live Nation. A company based in California, Live Nation is known for its House of Blues nightclubs. There are locations throughout the country, with many being situated in large cities such as Las Vegas, New Orleans, Dallas, and Chicago.

Those speaking out against the misappropriation of religious figures are concerned about Live Nation's nightclubs that feature statues of deities. These statues are often placed in bar and lounge areas for the purpose of creating a dramatic effect. People belonging to the affected religions have expressed feelings of distress about the placement of alcoholic drinks on and around statues. Having these important religious figures associated with the consumption of alcohol and other night-club-related activities is offensive to some religious observers. Proponents of the removal of the appropriated imagery describe its current use in clubs as upsetting and distasteful.

How Are Religious Groups Responding?

An interfaith group has recently begun to campaign against the use of these statues in nightclubs and similar venues. This group is not only made up of members of the most affected religions, such as Buddhists and Hindus, but also includes Christians, Jews, and other religious representatives. This multifaith group is an example of different people coming together to work for something they mutually believe in: that religious symbolism is sacred and should not be misappropriated.

While the group claims that it did not plan on its efforts coinciding with other cultural movements taking place in the country, its project has coincidentally occurred in parallel with events surrounding the Black Lives Matter movement. The timing can be considered appropriate as, like other minority groups, members of less-recognized faiths in the United States are growing tired of being overlooked. In addition to calling for the removal of religious statues from Live Nation nightclubs, the group has also expressed the desire for a public apology.

What Is Being Done To Remedy the Situation?

Live Nation has issued a statement in response to the interfaith campaign. Representatives of the company expressed regret over the situation, saying their company is “focused on promoting unity, peace, and harmony.” They went on to describe ways in which they are working with the interfaith group to reassess their decor in an attempt to become more culturally sensitive. They further acknowledge that peace and harmony are "more important now to the world than ever.” While this is a step in the right direction, it will take more effort on the part of both parties in order to fully remedy the issue.

The interfaith group that has come together to speak out against the misuse of religious imagery in nightclubs is made up of several religions, not just those that are directly affected. The group is taking a stand against the misappropriation of religious imagery, specifically that belonging to Buddhism and Hinduism. One of the main offenders they are calling out is the company Live Nation and its House of Blues nightclubs, which are known to use Buddhist and Hindu deities for decorative purposes. The ultimate goal of the interfaith group is to campaign for greater respect for this religious imagery.

Absolute nonsense so what if they choose to use religious deities in night clubs, grow up and learn how to be open to all religions and spirituality.