Americans Are Losing Confidence in Organized Religion — Here’s Why 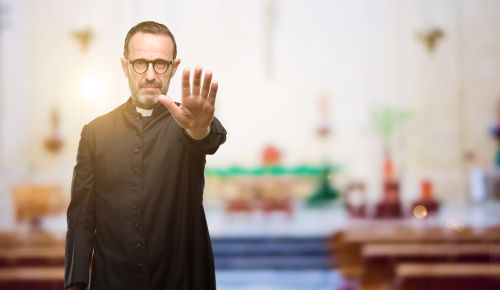 Confidence in religious institutions fell below the majority level for the first time in 2002. Back in 1985, churches and other organizations were the most trusted institutions in the U.S.

Religion Is on Par With the Government, Medical System and Public Schools

Reduced confidence in organized religion is just part of a wide-sweeping trend, which is driven in part by U.S. culture and social norms. Another Gallup study of 15 institutions reveals that trust in most organizations is down; in fact, only three have confidence ratings that soar above the majority level. Those three include military (73%), small business (68%) and law enforcement (53%). Americans’ faith in all other 12 societies is at or near an all-time low.

Faith in the most important establishment — the U.S. government — is also at the lowest it has ever been, with only 11% of Americans expressing confidence in Congress. Thirty-six percent say they have “some” confidence, while 56% say they have little to none.

Americans’ faith in religious organizations is lower than that of their faith in the U.S. presidency (38%, which is saying something) and the U.S. Supreme Court (38%). However, it is greater than its trust in medical institutions (36%), banks (30%) and public schools (29%).

Possible Causes Behind the Growing Distrust of Major Religious Groups

The “why” behind the declining faith in religious institutions is complex and multifaceted. Some speculate that the “bigness” of global churches deters could-be prospects. This theory is backed by the fact that more Americans choose to support small mom-and-pop shops, boutiques and farm-to-table eateries over big brands and chain restaurants.

Another trend that supports the “bigness” theory is the growth in non-denominational religious entities. Non-denominational churches are growing at a faster rate than any other religious institution, which is telling of Americans’ desire for more intimate connections. It also suggests that individuals who involve themselves with ad hoc institutions are less likely to put their faith in organized religion.

In addition to these generalized considerations, there are a few more specific ones that may have directly swayed Americans’ opinions of organized religion. Those are as follows:

Though not a direct influencer, religion’s relationship to politics may not bode well in its favor. While there is no rule about what political stance a believer must take or vice versa, it is well known that self-proclaimed conservatives also happen to be affiliated with the Protestant church. Moreover, President Trump and his oftentimes controversial beliefs enjoy highly visible support from prominent evangelical leaders.

Confidence in religious institutions in American has taken a hit as more turn away from organized religion. A number of factors are at play, but it is likely this is a trend that will continue.

So that I am sure i understand this correctly, in a Laymans terms, does this mean that the Non Denominational Churches are becoming more popular than the organized churches? And, if so, wouldnt this be good for ULC?

The lack of genuine Christianity is the main problem. A righteous God, sinful man, Jesus' saving work on the cross, and sinful man's only hope is believing in Jesus are the main ingredients missing in the 'church' today. People want truth, hope, authenticity, and they're not getting it!

People are realizing that they don't need to go to church to understand God. Honestly, church is probably the worst place to go if one sincerely wants to understand the meaning of God. Whatever happened to searching the scriptures for oneself? The power of God in Christ is in us. We talk about having a personal savior and having a relationship with Christ yet fail to read the bible on our own to develop a one on one with God. It's obvious to me that the church is not the way. Jesus told us to save yourselves from this untoward generation, yet we fail to hear his word.