Allusions to the Parable of the Prodigal Son 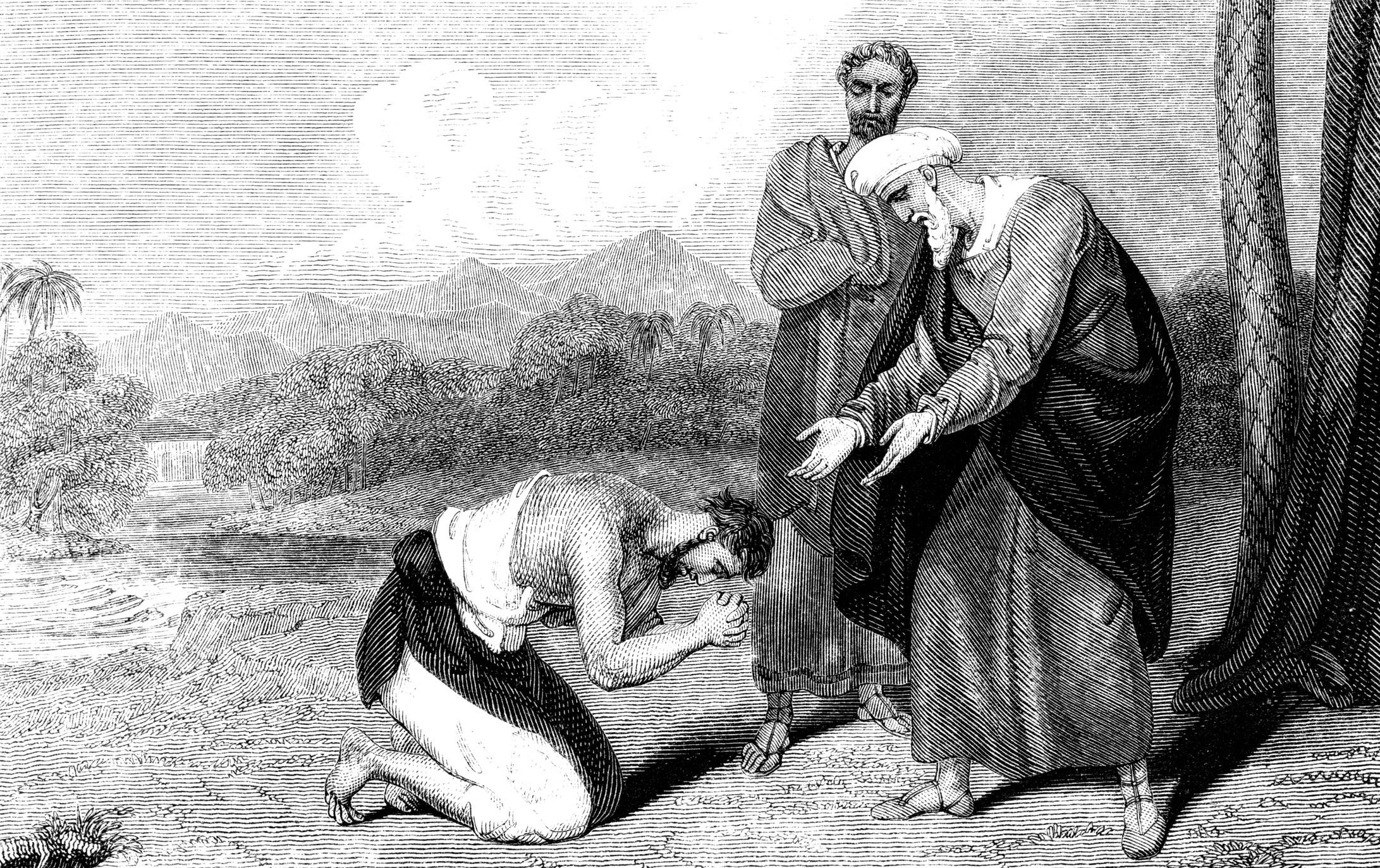 In the Gospels of the New Testament, Jesus uses parables to give lessons to his disciples. A parable is simply a story that is used to illustrate a moral lesson. In Luke 15, the story of the prodigal son is told. This is a theme that has been used in literature, song and movies of today. It's important to understand the biblical text in order to understand how it is used in pop culture.

The narrative begins with a man who has two sons. The younger son requests his inheritance before the father dies, and the father divides the estate between his sons. The elder son stays with the father and works in the fields. The younger son takes his inheritance and leaves the family fold. He squanders the money because he lives extravagantly. When a famine strikes the land, he is desperately poor and takes a job on a pig farm. He works hard and is still hungry. When he remembers that even his father's servants eat better than he is, he decides to return home and ask his father for a job as a servant.

The King James Version of the story continues in verses 20 through 24:

And he arose, and came to his father. But when he was yet a great way off, his father saw him, and had compassion, and ran, and fell on his neck, and kissed him. And the son said unto him, Father, I have sinned against heaven, and in thy sight, and am no more worthy to be called thy son. But the father said to his servants, Bring forth the best robe, and put it on him; and put a ring on his hand, and shoes on his feet: And bring hither the fatted calf, and kill it; and let us eat, and be merry: For this my son was dead, and is alive again; he was lost, and is found. And they began to be merry.

The elder son became angry, but the father explained that the brother's return was a joyful occasion. The father gave love and compassion to the younger son. Jesus would go on to explain that the father represents the Heavenly Father and his love is not based on perfection, but grace.

The Story in Pop Culture

Some of the most popular literature relies on prodigal characters. Men and women both get lured by worldly pleasures only to become destitute, either financially or spiritually, and return to the family. In "The Lion, the Witch, and the Wardrobe" by C.S. Lewis, Edmond is lured by the White Witch with dreams of power and Turkish Delight. He is rescued by Aslan, the father figure in this allegory. Anne Tyler's 20th novel "A Spool of Blue Thread" has a theme of the prodigal son running through it. One of the principal characters is a man who cannot commit to the family, a job or partner.

Rudyard Kipling wrote a poem called "The Prodigal Son," which provides an interpretation of things from the point of view of the younger son after he returned. It would be very difficult to read the poem without an understanding of the parable. Prokofiev wrote music for a ballet called "The Prodigal Son" and an opera by the same name was written in 1968 by Benjamin Britten.

Gospel singers have alluded to the prodigal son in many songs, but the story is not limited to the religious genre. Dierks Bentley titled a song "The Prodigal Son's Prayer" on his album, "Long Trip Alone." The Rolling Stones, Iron Maiden and Kid Rock have all recorded songs titled "Prodigal Son." Many other songs have been influenced by the parable.

It's important to understand portions of the Bible because it is such a widely used reference in today's pop culture. Look for allusions to the prodigal son in television and movies and see how understanding the parable helps put the story in a different context.