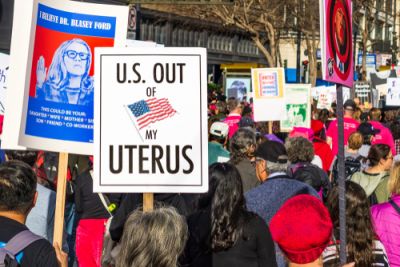 In a long-anticipated move, the Republican-controlled Alabama Senate approved a measure that will, if signed into law by Republican Gov. Kay Ivey, virtually abolish abortion in the state. Any doctor who performs one will face felony charges and the possibility of a 99-year prison sentence. Any doctor who even attempts to perform one will face the possibility of a 10-year prison sentence. The “victim” of the procedure, however, will not be prosecuted.

The legislation bans abortions at any and all stages of pregnancy. The only exception to the ban is when the mother’s life is at serious risk. Despite the attempts of Democrats to include another exception for rape or incest, these exceptions ultimately failed to receive inclusion in the bill. Heated debate, including shouting and chaos on the Senate floor, nevertheless postponed the final vote for four days.

Eric Johnson, founder and president of the Alabama Pro-Life Coalition and author of the bill, freely admitted in an interview that he drafted the bill in such a way as to be a direct challenge to Roe v. Wade, the landmark 1973 US Supreme Court 7–2 decision that declared as fundamental a woman’s right to choose to have an abortion.

Johnson, who considers himself an abortion “purist,” believes that Brett M. Kavanaugh’s Oct. 6, 2018, appointment to SCOTUS gives right-to-lifers their first real shot at overturning Roe v. Wade. Consequently, Johnson hopes that the High Court will use the Alabama statute as its test case to take another look at the central Roe v. Wade holding. Should the Justices in fact reverse Roe v. Wade, it will be the culmination of pro-lifers’ 46-year battle to end what they see as legalized murder.

Last year, Alabama voters overwhelmingly passed an amendment to the Alabama Constitution stating the following: “The public policy of this state is to recognize and support the sanctity of unborn life and the rights of unborn children, including the right to life.”

Alabama is a bright-red state whose conservative Republican-controlled legislature has long since passed abortion restrictions such as these:

Alabama State Senate majority leader Greg Reed reflected the state’s prevailing view when he stated in an interview that the new bill “simply recognizes that an unborn baby is a child who deserves protection — and despite the best efforts of abortion proponents, this bill will become law because Alabamians stand firmly on the side of life.”

Naturally, not all Alabamians are conservative Republicans. Staci Fox, president and CEO of Planned Parenthood Southeast Advocates, decried the passage of the bill as a “dark day for women in Alabama and across the country.” She added that “Alabama politicians will forever live in infamy for this vote and we will make sure that every woman knows who to hold accountable.”

Alabama State Senator Linda Coleman-Madison, a Democrat and one of only four women in the 35-member Senate, reiterated the traditional Democrat stance that abortions should be safe and few, but not illegal. She and others believe that Alabama’s new law, once it actually becomes law, will simply drive abortion back underground where it resided nationwide until the Roe v. Wade decision. “The people who have the wherewithal will fly out of state,” Coleman-Madison declared in an interview, adding that “not everyone can afford to do that.”

This sentiment reflects those of other Democrats and abortion-rights advocates who see Alabama’s new law as not only endangering the lives of women and girls, but also disproportionately affecting the state’s poor and minorities.

Whatever the course and outcome of new law, Alabama has adroitly placed itself in the forefront of the continuing national abortion debate.