A Church Walk Through New Orleans 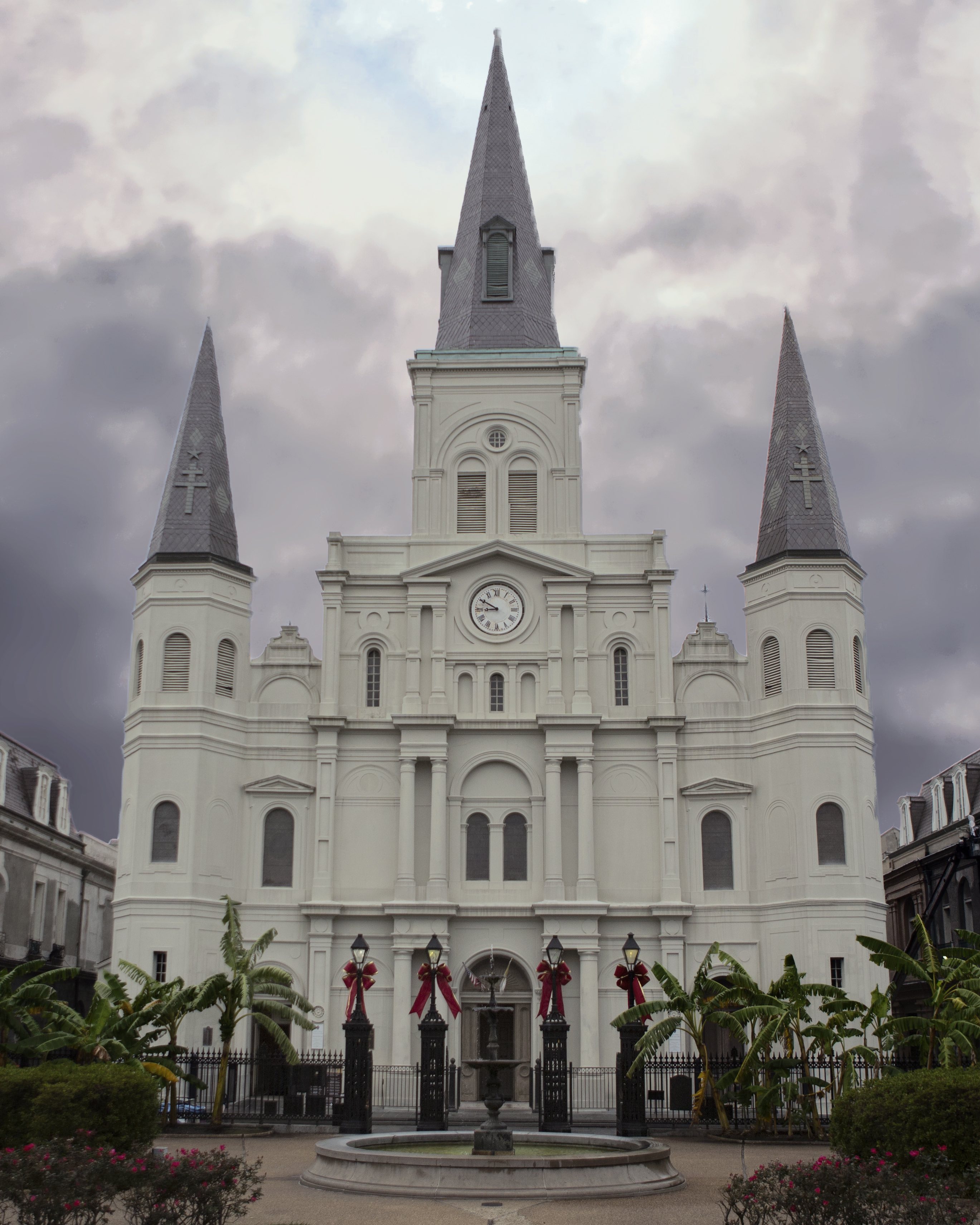 The world's eyes might be on New Orleans because of the Mardi Gras celebration, but there's much more to the city than one big party before Lent. It's named for the Duke of Orleans, the Regent for Louis XV. New Orleans was established by the French, but it's been affiliated with the Kingdom of Spain. For a brief time in 1861, Louisiana seceded from the Union and became its own country for two weeks before joining the Confederate States of America. The following year, New Orleans was captured in the spring and rejoined the Union.

The French brought their culture to the city, and even though French language instruction was abolished during the Civil War, the influence was difficult to contain. New Orleans began to fall in rank as an economic center of influence following the war. It has never really recovered as a major Southern metropolitan area, but it does have a strong historical heritage. When Hurricane Katrina struck the city, many of the historical districts were feared permanently lost. However, many places have recovered and been rebuilt to maintain their significance.

Today, the city is known for French and Spanish Creole architecture. Here are some of the best churches to see when you come down to this great city:

was founded in 1803 as the first non-Roman Catholic congregation in the Louisiana Purchase territory. The cornerstone of the current church building, designed in the Gothic style, was laid in 1886. In 1891, Christ Church became a cathedral. It's continued to serve the community with distinguished and dedicated rectors. ****

**** was originally founded to provide education, especially to girls. The first class graduated in 1897, and it did include boys. The chapel was not completed until 1906. ****

**** was completed in 1918, but the church is more than 100 years old. In 1974, the church had to be renovated. The work took three years and cost three times what the original construction cost. ****

**** might currently be an incubator for art and theater projects, but it's a former 19th century church designed by Theodore Giraud. The building was deconsecrated in 1997 when the parish moved. It's since been reopened and renamed. ****

****, which used to be called The Old Mortuary Chapel, now serves as the official chapel of the New Orleans Police and Fire Departments. It's considered the oldest church building in New Orleans, and it was built as a burial church for victims of yellow fever. ****

****, which is in the French Quarter, was originally built in 1724. The current church was dedicated in 1794, and it's reported that the church is the oldest continually active Roman Catholic cathedral in the United States. ****

**** was founded in 1828, and it's said to be the first Jewish temple in the United States not in the original colonies. According to the original laws in France, Jews might have been excluded from the territory, but they were important to the financial future of New Orleans. When President Thomas Jefferson negotiated the Louisiana Purchase, these Jews came under American jurisdiction and were free to live in the state. ****

**** is a National Historic Landmark near Lafayette Square, one of the few significant structures in the area. The church was built in 1840, but the parish is a few years older. It has withstood many storms, hurricanes and the swamp, which made laying the foundation difficult.

New Orleans is home to a wealth of American history, which can be explored through the architecture of the city. Make sure to see some of these beautiful buildings when you get to the Big Easy.