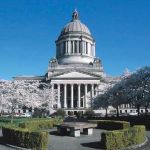 As the Washington State Legislature holds hearings on a bill that would legalize same-sex marriage in that state, social conservatives have ramped up their campaign against homosexuality and LGBT rights. The National Organization for Marriage, for instance, has offered to donate $250,000 to primary challenges against any Republican that supports the bill. Meanwhile, Washington state pastor Rev. Joe Fuiten argued recently in a Seattle Times article that the argument for gay marriage "doesn't stand up to intellectual scrutiny".

Is that so? Well, let's tackle this claim by proving the opposite. Here, we will take a look at ten of the commonest arguments launched against homosexuality and cited to oppose gay rights legislation: (1) Marriage should be between a man and a woman, because it has always been this way; (2) Homosexuality is a choice; (3) The Bible condemns homosexuality; (4) Homosexuality is unnatural; (5) Homosexuals do not procreate; (6) All men can marry women, and all women can marry men, therefore there is no inequality; (7) If we legalize gay marriage, what's next?; (8) There are more important things to worry about than gay rights, (9) Gay rights should be put up to a public vote ; and (10) Calling me a bigot makes you a bigot, too. We will attempt to destroy each of these arguments one-by-one in order to show that opposition to homosexuality and gay rights is fundamentally irrational and invalid.

1) "Marriage should be between a man and a woman, because it has always been this way."

2) "Homosexuality is a choice."

Social conservatives often argue, "the gay rights activists say that there's a gay gene". This is a big, fat straw man argument. Nobody with the faintest understanding of biology is arguing that there is a gay gene; they are arguing that there is no single gene for any sexual orientation. Rather, all sexual orientations are determined by a complex interaction of polygenic traits, with no single gene acting as the "signal" for whether you like members of the same sex, members of the opposite sex, or both. We should concede that sexual orientation may have some environmental cause, because biological determinism is a highly questionable philosophy, but, then, this would also mean that heterosexuality may have some environmental cause, too. So, no, you can't say that homosexuality is a choice any more than you can say that heterosexuality is a choice.

Besides, even if homosexuality were a choice, so is religion, but we do not discriminate against people just because they choose to be religious, therefore, by the same token, we cannot discriminate against homosexuals because they "choose" to be homosexual, either. Those who choose to be right-wing Christian evangelicals should keep this in mind the next time they argue that homosexuality can't be protected because it is a choice.

3) "Homosexuality is condemned in the Bible."

So, what? The Bible says lots of horrible things. The Bible says that you can execute people for cheating on their spouses (Leviticus 20:10), but you wouldn't do this, because you know that in a civilized democracy a person does not deserve to be executed for cheating. The Bible also says that you can keep slaves (Exodus 21:2-6), but you wouldn't do this either, because you know that slavery is an abomination. If these things aren't right just because they are taught in the Bible, condemning homosexuals (Leviticus 18:22, 20:13) isn't right just because it is taught in the Bible, either. So, if you want to be fair, you have a choice: endorse executing homosexuals as well as slavery, executing adulterers, and all of the other horrible things the Bible tells you to do, or endorse none of these. Most likely you will choose the latter. If so, you have just acknowledged that, no, a thing is not right just because it is taught in the Bible, and this includes condemning homosexuality.

4) "Homosexuality is wrong because it is unnatural." 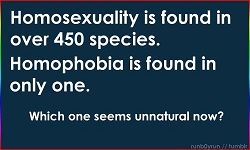 5) "Gay marriage is wrong because homosexuals do not procreate."

True. Homosexuals do not procreate. Neither do sterile couples, couples in which the woman is post-menopausal, couples in which the woman has been hysterectomized, couples who choose to adopt rather than procreate, or couples who simply choose not to have children. Perhaps we should ban marriage for all of these people, too, and if a couple does not produce children within an allotted number of years, their marriage will be automatically annulled. Obviously, this is ridiculous--not to mention socially damaging--and we agree that all of these people should be allowed to marry even if they do not procreate. This is because marriage is also about love, and not just making babies. It follows, then, that homosexuals should be allowed to marry each other because they love each other, too. 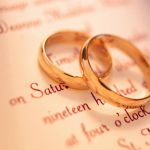 Besides, homosexuals can have children. In a world verging on 7 million humans, the human species is hardly under threat of extinction, so making more people isn't exactly a pressing need. What is a pressing need, however, is to find caretakers for all of the children abandoned by their heterosexual parents. Thank goodness, then, for homosexual couples, who can take care of these children because they don't already have their hands full with their own screaming brood. If homosexuals were legally allowed to marry and adopt, this would mean a higher number of legally protected family units headed by loving, committed couples, which, in turn, could only lead to a happier, more stable and cohesive society.

So, no, gay marriage is not wrong just because homosexuals do not procreate.

But these are just five of the ten reasons why homophobia makes no sense. (There are certainly more than ten, but these are beyond the scope of this blog.) The remaining five will appear in an upcoming blog entry, which we hope you will read. Already, it is hard to understand why Rev. Fuiten would think that the argument for marriage equality fails to "stand up to intellectual scrutiny", so addressing the remaining pro-equality arguments should only further diminish the strength of his claim. We hope that you will check back, consider all of the lines of reasoning we have presented, and try to understand why marriage equality is so important.