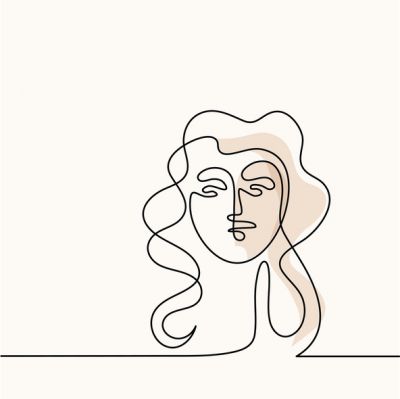 Marguerite de Navarre was the sister of Francis I, King of France, and a queen in her own right due to marrying King Henry III. Marguerite supported many of the men of the Reformation. One historian believes that she might have been burned at the stake, but was saved by virtue of her royal position. Over time, she would stay on good terms with the Vatican and with the Reformists in Geneva, which allowed her to work within the existing political structures to change the religious atmosphere in France.

A contemporary of Marguerite during the Reformation was an abbess named Marie Dentière. Historians don’t know much about Marie’s early life, other than that she was born in Tournai, Belgium. Her family was probably a lesser nobility, but Marie entered a nunnery. She would eventually become an abbess.

Marie left her position when she heard about the Reformation. She moved to Strasbourg to escape persecution for abandoning her order and converting to the Reformation. The city was a refuge for John Calvin and others who were promoting Luther’s Theses. It was also home to the printing press, giving Strasbourg a unique place in Reformation history. Marie married a priest she met in Strasbourg. Sadly, not much is known about her time in Strasbourg. Women in this time in history rarely had any identity outside of their husband.

She and her husband left Germany to go to Geneva to preach in favor of the Reformation. But she wasn’t simply interested in the policies of the Catholic Church. She worked for a larger role for women in religion. It was this work that made her an important voice in the Reformation.

Marie was a prolific writer. Not only was she well-educated, but she was opinionated. She believed that women were as qualified as men to interpret Scripture. With her husband, she opened a girls’ school.  She published “The War and Deliverance of the City of Geneva,” urging Genevans to accept the Reformation. Sadly, she had to publish it anonymously. Most likely, as a woman, she believed that men would not read it.

Marie wrote to Marguerite of Navarre, calling for an “expulsion of the Catholic clergy from France.” In the letter, Marie also asked that women have a greater role in the church. The letter also criticized Protestant clergy. It angered so many people, the letter was suppressed in Geneva. The city seized as many copies as they could and destroyed them. The Genevan council would not allow other women authors to publish material in the city for the remainder of the 16th century.

John Calvin was often criticized by Dentière, but he must have respected her. Very late in her life, she would write the preface for one of his sermons on modesty. He asked her to do this. He must have realized that she had the theological education to write for him.

Many of the women involved in the Reformation have been overlooked by historians. Compared to the history about Luther or Calvin, there is little written about Marie Dentière. Most of the websites pertaining to her ministry are written in French. One book, “That Gentle Strength: Historical Perspectives on Women in Christianity” by Lynda L. Coon is available, but mostly in used copies. Still, this woman might have been one of the first feminist evangelicals. She deserves to be remembered.