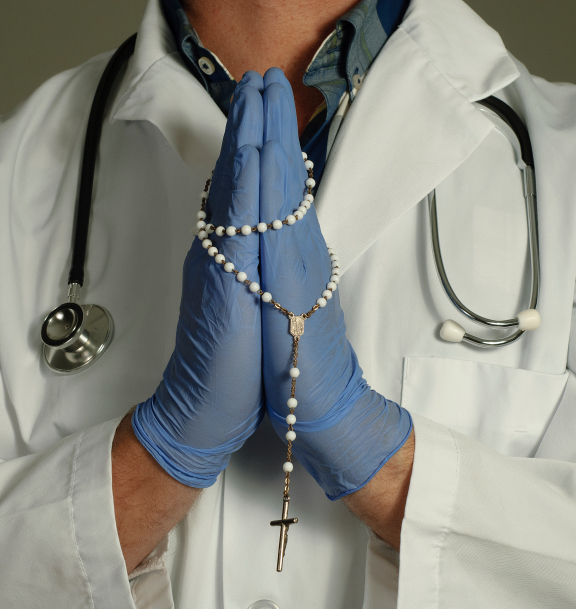 Starting a family is something many people would like to do after they get married. Some people know exactly how many children they want from the beginning. Some aren't so sure and decide to just wait and see what happens. Both of these options are perfectly acceptable. Rachel Miller and her husband knew from the beginning of their marriage that they would like to have a total of two children. After finding out she was pregnant with her second child, her doctor recommended she have a tubal ligation to prevent her from having any more children. It seemed like the perfect solution for the family. Since her first child was born via cesarean section, she is having a scheduled cesarean for her second child. The tubal ligation can be performed directly after the C-section and is something that will only take a few minutes. Furthermore, it is a permanent form of birth control, and it won't make her recovery time any more difficult.

Rejected by the Hospital

Even though the procedure was something she knew she wanted and something her doctor agreed to, it was rejected by the hospital in which she planned to give birth. The hospital is affiliated with the Catholic religion, and it is strongly believed by Catholics that birth control of any kind should not be allowed. When Miller found this out, she was understandably upset. There aren't many hospitals in the area of Redding, California, and she would have to travel 150 miles to get the procedure done if her current hospital wouldn't allow it.

Trying to Find Out Why

After Miller received the news that the hospital was rejecting her request for a tubal ligation, she called to find out more information. She says after being transferred between several different departments, someone took her information and said she would receive a callback. However, that never happened. She continued calling and found out who specifically had blocked her request. She left message after message and couldn't get a call back from anybody. Finally, after a few weeks, a secretary called her and informed her she wouldn't be getting a callback or explanation from her doctor or from any of the other doctors who had made the decision.

She would have had to travel several hours weekly for her appointments. Her toddler would have had to stay home with someone while she recovered from her C-section hours away from home. If she were to go into labor before her scheduled C-section, it would be dangerous to travel such a far distance when there is no telling how quickly her labor could go.

Because it was not possible for her to deliver at this hospital, she had to look for ways to fight the hospital she wanted to deliver at in the first place.

Miller found out she could get help from the ACLU. The ACLU sent a letter to the hospital telling it they would sue the hospital if it refused to perform the procedure. Luckily for Miller, the hospital changed its mind less than a week after the ACLU got involved. She can now have her C-section and tubal ligation at Mercy Medical Center. However, the hospital is not changing its policy for everyone; it is simply making an exception for Miller. This is still good news for those who find themselves in similar situations. Miller hopes her story can show women they can stand up for their rights in situations like these.