Will Your Decision To Be Cremated Ban You From Heaven? 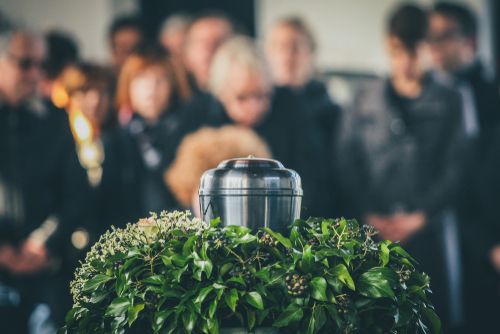 Devout Christians and Catholics might tell you that your decision to be cremated will result in your eternal ban from heaven. Worried parents or grandparents may try to evoke fear by asserting that God cannot raise those who have chosen cremation. Priests and pastors may even weigh in, calling cremation an immortal sin. Do not let such threats and fears intimidate you into changing your end-of-life plans. The Bible does not say anything about cremation, and moreover, it does not specify acceptable burial practices. No matter which burial practices you elect to use, the results are always the same: “Dust to dust and ashes to ashes.”

The Catholic Church has some of the strictest rules and regulations by which parishioners must abide. For centuries, the Church banned cremation because the most aggressive advocates of the practice also claimed that there existed no life beyond this one. In 1963, however, the Holy Office lifted the ban, and in 1969, the Church revised the funeral rites to include permission for prayer at the graveside for someone who had been cremated.

The Holy See enacted further changes in 1997 that expanded the rights and ceremonies of the cremated. Per the changes, U.S. bishops are now free to allow families of the cremated to hold funeral masses in the presence of the remains. It does not matter whether the funeral follows or precedes the cremation.

Rituals Around the World

Funeral rituals are not and never have been stagnant. In addition to varying from culture to culture, burial traditions change with the times, beliefs and societal needs. For instance, in ancient Egypt, families of the deceased would embalm the bodies to delay decay and prepare the tomb for the afterlife, where they believed greater riches were waiting for them.

In China and the Philippines, families would hang the caskets high off the ground along mountainsides and hard-to-reach places. These cultures believed that by placing a coffin closer to the sky, the deceased would have a shorter and easier trip to heaven.

The people of the Republic of Kiribati exhume the bodies of loved ones months after the burial. They then take the skulls, polish them, coat them in oil and preserve them to display in their homes. It is not uncommon for bereaved family members to make offers of food and tobacco to the skulls. Similarly, the people of Madagascar dig up their dead every five to seven years to “take care of them,” which often meant dancing with, perfuming and sharing stories with them.

In recent centuries and in Western cultures, it has become customary for families to embalm the bodies of the deceased and bury them. Embalming delays decay just enough to grant loved ones the opportunity to mourn the deceased and celebrate his or her life.

Cremation has gained popularity in recent years for two main reasons. One, cremation is more cost-effective than a traditional burial. Though the costs of both vary from region to region and based on how elaborate a ceremony is, the cost of cremation is about one-third that of burial, if not less.

The second biggest factor influencing younger generations to choose cremation is the fact that it is more environmentally friendly. Even individuals concerned about heaven and the afterlife cannot dispute the environmental benefits of cremation, which include fewer chemicals, less waste of natural resources and less waste in city and country cemeteries.

If you’re still skeptical, just return to passage 34:14-15 of Job, which reminds followers that no matter how you want others to celebrate your end of life, your body will ultimately return to dust. Cremation may speed up the process, but it does not revoke your ticket to heaven.

Soome say that cremation is a mortal sin. Others say that the act of cremation will bar you from heaven. I say nonsense. When you die, what is left is a shell. The Soul that resides in us all is released to go wherever it's destiny allows. If when alive you believe in Heaven, then that is where the Soul will travel. There are many different beliefs that occupy the human mind. It just depends on your personal beliefs. But I believe in one universal belief. The Soul never dies. Even science points out that energy cannot be created or destroyed. It simply transforms. I believe the Soul is pure energy. Rev. Aaron Bendavid

Some say that cremation is a mortal sin. Others say that the act of cremation will bar you from Heaven. I say nonsense. When you die the only thing left is a shell. The Soul is released to journey to wherever its destiny lies. If when alive you believed in Heaven then that is where the Soul will travel. There are many different belief systems but I believe in one universal truth. The Soul is pure energy and science will tell you that energy cannot be created or destroyed. It can only be transformed. I believe the Soul will live on forever. It will just wait for another transformation. It seems to me that Heaven is a good place to hang about. Rev. Aaron Bendavid

'reverand?': So, as you say, if one believes in heaven before death, that's where one's spirit goes upon death! Where in God's Word does this fallacy appear? WRONG! One must believe in the 'Way' to Heaven, in order to get to Heaven.. And, JESUS is the ONLY Way to Heaven! 'Reverand'? . . . . . I wonder.

OK my friend. You asy that Jesus is the only way to heaven. You seem to disregard the millions of people who do not follow your belief system. If that is what you believe, I honor that. However, the ULC welcomes and honors all people and all religions. Not everyone believes in the path you have chosen. And not everyone believes in Jesus. Please have consideration for all those who do not believe in what you believe. And yes, I am a Reverend. I listen to everyone as I am listening to you, and I comfort all who come to me, irregardless of their beliefs or religion. That is what a Reverend does, and I am proud to be one. Blessed be.

that takes the ashes and blows them into beautiful hearts

'reverend air': No, that's NOT what a real reverend does! A REAL reverend warns all peoples that a holy, righteous and loving God hates sin; that all mankind is dead in their trespasses and sin; and that the penalty of sin is death and hell; and that His Son Jesus went to the cross with our sins and died in our place; and upon acceptance of that sacrificial act, we sinners are forgiven, have His life, and are reconciled with God. That's the basic responsibility and privilege of a reverend! All else pivots on that crucial responsibility! As a 'reverend', you're either a shepherd feeding the sheep; or a clown entertaining the goats.

That's not even worth an answer. This conversation is over, FLUGO.

♍ I,Y 64 Behold, the people is one, and they have all one their own, see wherein his great strength lieth, and by what substance, them to whom this people shall say, a confederacy; conspiracy made, now therefore make ye a league with us.

And it came to pass, as he was worshipping of their own hands, from you: yea, when ye make many in harvest, in my dwelling place and smoke and none shall be alone in his appointed times.

I tend to abide in the teachings of the Hebrew book.

A careful reading of these verses finds an internal contradiction. Jacob died, was gathered to his people, and only months later was buried in the family crypt. If being "gathered to his people" implies his body or bones lying together in death with those of his deceased ancestors, then surely gathering and burial should have been concurrent.

Yet here the gathering was separated from the burial by distance in the journey from Goshen in Egypt to Hebron in Canaan and by the months of time recorded in the Bible between death and burial. Clearly the "gathering to his people" relates to something other than the placement of the corpse in the grave. Abraham, Isaac. Moses, and Aaron are among the biblical persons who were also "gathered to their people" long before their actual burials. In fact, every death and burial described in detail in the Bible follow this instructive yet seemingly illogical sequence.

In my book it is said we are made (Gen. 1:26) and created (1:27) in the tsel'em of God. Tsel'em, the Hebrew word usually translated "image" contains the Hebrew root tsel, meaning "shadow." A shadow projects the shape of what casts it, yet it has no physical authenticity of its own. That not withstanding, the presence of a shadow is readily perceived and its effect clearly felt, as we know, seeing that we seek the comfort of a shadow on hot and sunny days. We are the tsel-em, the ethereal projection, of the thought that brought existence into being. Each of us may very well be a spirit clothed within a human body.

Approximately nineteen hundred years ago, the biblical commentator Onkelos interpreted the subtle wording of Genesis 2:7 as conveying the definition of humanity. The verse relates that God put the soul of humanity (the neshama in Hebrew) into "the Adam, and the Adam became to a living being." The superfluous word "to" in "to a living being" (superfluous and therefore always omitted in the English translations; yet in the Hebrew it is present to teach) hints at a change from a lower to a higher form of existence. Based on this, Onkelos read the verse as "and the Adam became a speaking spirit." Not a speaking animal or a speaking human. but a speaking spirit clothed in a physical body. The spirit of our neshama elevates us from being an animal that also speaks to a being whose primary essence is spiritual and only secondarily is physical.

Then again, maybe not ;) lol

I like talking about the possibilities one day we will find out for sure. But until then never forget to do those three things we have complete control over, act justly, love mercy, and to walk humbly with your God.