Why Did Abram and Sarai Have a Name Change? 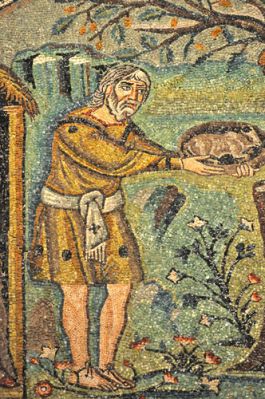 Abram is considered one of the greatest biblical prophets. He is the patriarch of three religions: Judaism, Islam and Christianity. He plays a major role in the book of Genesis. Let’s take a look at his life and why his name was changed to Abraham.

It’s recorded in Genesis that Abram’s father was Terah, who was descended from Noah. Abram was married to his cousin, Sarai. She was barren. They lived in Haran, which is thought to be in present-day Turkey. When Terah died, God told Abram to leave his family and go to Canaan, which corresponds to present-day Israel and Palestine. Abram was 75 years old when he made this journey. Genesis 12:1–3 records God’s promise to Abram:

“I will make you into a great nation,

and I will bless you;

I will make your name great,

and you will be a blessing.

I will bless those who bless you,

and whoever curses you I will curse;

and all peoples on earth

will be blessed through you.”

Given Abram’s age and lack of children, you have to wonder what he thought about being a “great nation,” but he obeyed God. When he came to Canaan, there was a famine, so his family continued to Egypt.

While in Egypt, Abram referred to Sarai as his sister. Abram feared for his life if the Egyptians thought Sarai was his wife. She was a beautiful woman. The Pharaoh took Sarai into his palace. Abram prospered because of Sarai’s position, but Pharaoh’s household did not. It’s recorded that the Lord inflicted many diseases on Pharaoh and those in his palace because of Sarai. Pharaoh chastised Abram for his lie and sent the two away.

In Genesis 13, the Lord makes another promise to Abram: “I will make your offspring like the dust of the earth.” In Genesis 15, Abram wonders what God can give him, because he doesn’t have any children. Eliezer, a servant in Abram’s household, is Abram’s heir. God promises that Abram will have a son, who is “your own flesh and blood.” It’s recorded that Abram believed God, and it was credited to him.

Abram Believed, But Did He Trust God?

Sarai suggested that Abram build a family through her Egyptian maid, Hagar. Abram agreed and slept with Hagar. She conceived a baby, Ishmael, who would be the Islamic link to Mohammed. The Bible records that Abram was 86 years old when Ishmael was born. In Islam, Abraham is referred to as “Ibrahim.”

In Genesis 17, God reaffirms the promises made to Abram. It’s here that God changes Abram’s name to Abraham, which means “father of many nations.” Sarai is renamed Sarah. Abraham is 99 years old and Sarah is 90. When God renamed Abraham, a covenant ceremony was held to honor the promise made to Abraham. Abraham, Ishmael and all the men of the household were circumcised as part of the covenant.

A year later, Sarah bore Abraham a child named Isaac. His name means “he will laugh” in Hebrew. Isaac was the father of Esau and Jacob. Jacob had 12 sons whose offspring became the Israel nation. Esau is considered the father of the Edomites. Abraham is considered “the first Jew” and the father of 30 nations through his children and his children’s children. It’s recorded that Abraham has six more sons by another wife.

In the Christian Curch, Abraham is probably not as revered as he is in Judaism or Islam. The Roman Catholic Church does consider him “our father in faith.” The Eastern Orthodox Church calls him “righteous forefather Abraham.” Abraham is the patron saint of people in the hospitality industry, because he was known to be a generous and welcoming host. For all Abraham’s faults, he is an important figure in religious history.