When Fashion Collides With Religion 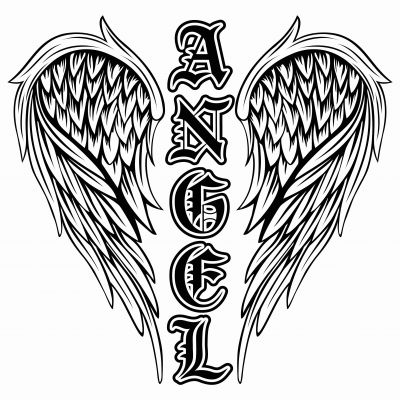 The 2018 theme for the Met Gala is Heavenly Bodies: Fashion and the Catholic Imagination. It’s a bold idea to use Catholicism as the theme for this major event, but the Met has never shied away from controversy. Religion has influenced almost every area of the arts, from architecture to sculpture. Let’s look at some iconic moments where religion inspired fashion.

In 1993, Gautier used Judaism as an influence to create a line for men, called the Chosen People. It was the first time a well-known designer used Jewish inspiration for a clothing line (according to the New York Times.) The models wore yarmulkes and exaggerated curls. It might have gone a little too literal for some in the religious community. The collection misappropriated elements of the Hasidic Jewish culture very frivolously. The fashion industry was more forgiving but admitted that the style wouldn’t make it off the runway.

In 2007, Gautier had a collection that stole from church iconography. Models wore headpieces resembling halos, paying homage to angels. Many of the dresses in the collection were adorned with religious objects or images of the Virgin Mary. This collection may have been better received than the men’s collection, but it didn’t really catch on outside of the runway.

If you’re a child of the ’80s, you probably remember the controversy around Madonna’s “Like a Prayer.” It’s not that she was a stranger to using Catholic allusions prior to that video, but that video was probably the most infamous and polarizing music of that decade. The music video was boycotted by the American Family Association. Pepsi cancelled their financial sponsorship of an upcoming concert tour due to the backlash from the video. Madonna was raised in the Catholic Church. She was influenced by Andy Warhol, another artist who used religion as a theme. It’s thought that Madonna was trying to make peace with her oppressive religious upbringing.

In 2013 Dolce & Gabbana were influenced by the Cathedral of Monreale in Sicily. The Byzantine and Venetian mosaics were prominently featured throughout the dresses. Some of the dresses had mosaics of saints while others featured the beautiful patterns and richness of the religious station. Designs without much adornment featured religious jewelry, large crosses and rosary-like beads. The influence was extremely noticeable, but reviewers called the collection romantic, not offensive.

McQueen mixed religious influence in a spring/summer 2000 show in New York. The designs were partially inspired by the conflict between Christianity and Islam. He used burkas designed with sequined windows. The final model referenced Buddhism as she seemingly floated across the runway with her legs crossed and hands on her knees. The collection is stunning. When you know the inspiration behind the fashion, you really see his influence. It’s likely that both Christians and Muslims were offended by some of the designs. It is a very loose interpretation of Islamic modest dress.

In 2016, designer Anniesa Hausban made history when she presented traditional Muslim attired at New York Fashion Week. H&M featured a Muslim model in their 2015 campaign. More designers are making a point to create modest clothing designed for Muslim woman. Every culture deserves options to be stylish and trendy. Muslim women are making an impact on the fashion industry, but they’re not the only ones clamoring for modest clothing.

Who Can Wear Catholic Imagery?

Recently, a high-school girl was called out on social media for wearing a Chinese cheonsang dress. The story went viral. The Utah teen was accused of cultural appropriation because she has no Chinese ancestry. It raised an interesting question: who can wear fashion in the style of a culture not their own?