What Is a Megachurch and Why Do So Many Americans Choose To Attend One? 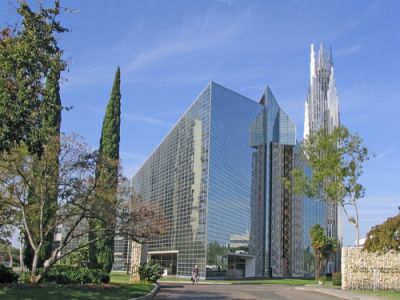 By definition, a megachurch is a Protestant church with a consistent weekend congregation of at least 2,000. While some Catholic churches have memberships of this size, the term megachurch applies only to huge Protestant churches that offer more contemporary worship services featuring modern music, state-of-the-art sound systems, and a variety of technological enhancements. In addition, a megachurch generally provides a significant number of services to its members.

Most megachurches are non-denominational or keep their denominational roots fairly well hidden. In addition, most are reasonably conservative and fundamentalist in their approach to the Bible as the revealed Word of God.

America’s largest megachurch is Joel Osteen’s Lakewood Church in Houston that averages 52,000 congregants per weekend. A majority of the others are likewise located in the Sunbelt, with California, Texas, Florida, and Georgia boasting the most. Rick Warren’s Saddleback Church (over 22,000 members), for instance, is located in Lake Forest, California, a city in southern Orange County.

Megachurches, however, can be found almost anywhere in the country, and over 1,000 of them currently exist. Church of the Resurrection, America’s largest United Methodist Church, serves its 21,332 members from four separate locations in Kansas City.

In addition to United Methodist Church megachurches, Baptists and Pentecostals likewise operate several. Most megachurches, however, hold themselves out as non-denominational or as part of the community church movement.

Regardless of denomination affiliation or the lack thereof, the goal of a megachurch is to give its members a modern worship experience. To that end, the music tends to be considerably more upbeat than in traditional churches. Organs, pianos, and choirs generally are replaced by bands and enthusiastic singing groups.

Originally, megachurches counted baby boomers, people born post-World War II between 1946 and 1964, as their largest membership segment. That has changed in the past decade. Today’s megachurch members break down into the following percentages:

It’s important to note that megachurches are also known for their multiracial, multiethnic, and multicultural congregations. Most also go out of their way to welcome all sexual orientations.

Most megachurches put great emphasis on the Bible, although few, if any, require their members to believe in a literal interpretation of it. In fact, while Bible reading and scripture-based sermons are hallmarks of megachurch worship services, most members take responsibility for their own scriptural studies. Church-sponsored Bible study groups, however, are not at all uncommon.

One of the main reasons young marrieds give for attending a megachurch is that these churches tend to offer far more social experiences than traditional churches. And that sociability extends to children as well as to adults. Children’s Sunday School classes, of course, are de rigueur, but most megachurches also offer such child-friendly amenities as supervised playgrounds and Mothers’ Day Out facilities. Many house their own daycare centers. Family nights generally abound, wherein kids and their parents can engage in games, crafts, and other family-oriented activities.

Admittedly, new megachurch members need to be proactive when it comes to finding the groups and services they wish to participate in. It goes without saying that if you’re one of over 2,000 members, it can be easy to get lost in the shuffle.