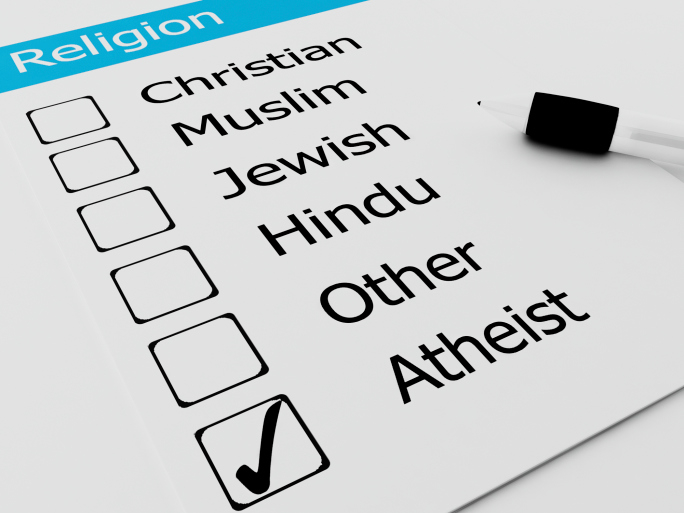 Atheists win official protection from discrimination in matters of housing and employment in Madison, Wisconsin. Women seem to be coming forward as atheists in greater numbers than ever before. Leaders within atheist movements call for a renewed focus on good works among non-believers over endless philosophical discussions about godlessness.

Home to Freedom From Religion Foundation

Madison is not a shocking place to have been the first city to pass legislation that explicitly protects non-believers from discriminatory practices. Home to the University of Wisconsin and known as a generally liberal city in a fairly conservative Midwestern state, the state capital also hosts freethinkers' organizations such as Openly Secular, whose president believes that "Madison is way ahead of the curve" in staking out protections for atheists.

"People have been raised being told that atheists are evil and they eat babies and they can't be trusted," he noted. He is aware of instances of non-believers facing job loss or even shunned by family due to expressions of explicit honesty about sensitive religious topics.

Perhaps the city is too far ahead of the curve. The president of the Madison Chamber of Commerce reports no complaints from local businesses about the new law. He drily adds his opinion that the lack of concern is mostly because the law "doesn't really do anything."

The council member who sponsored the bill is retiring after this year. Sensing that atheists needed protection under the law but acknowledging that she probably would not have sponsored it if she had not been leaving office already, she defends her bill, which passed unanimously by the city council.

Unimpressed with the new law, the president of Wisconsin Family Action, a conservative group that is among the minority in Madison, said "I thought it was an April Fools' joke," referring to the date the council passed the resolution.

Known in the past primarily as a demographic made up largely of middle-aged white males, atheists are attracting a diverse range of people, including more women and non-believers of color than ever before. A Christian survey organization recently released the results of their 2015 Atheism in America report.

Among the changes the study found in atheist populations between 1993 and 2013 are:

Some changes may be related to larger trends toward greater numbers of individuals who claim no affiliation with any particular religion (although that is a very different category than atheists, who believe in no deity whatsoever). Many experts see the patterns related to more inclusive attitudes and efforts among the community of disbelievers in recent years.

Calling for further change among atheist communities, some now envision progress beyond endless debates and polemics about the logical and empirical fallacies of religion, or proofs of the non-existence of God, and similar doctrinal discourses. The time has come, they say, to ponder the question, "Now that you no longer accept the claims of religions, what is it that you do believe, and stand for?"

One answer that seems a logical next step for the progression and development of atheism as a social movement of real value is to organize around principles of social justice. Already in the forefront of battles for LGBT equality among other civil rights struggles, non-believers rally around their allies in the gay community, while religious believers hold back from embracing these members by hiding behind doctrinal excuses for bigotry.

From civil rights and efforts to end entrenched sexism, racism and violence built up within walls of religious support over the centuries in this society, it is those outside the church walls, the atheists and agnostics and ardent questioners, who can embrace the outsiders who have been shunned by social mores over time. Social movements are the natural extension of the unreligious who believe in the redemption of human grace.