The Problem of Elder Abuse 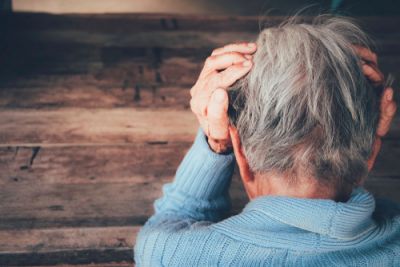 According to the CDC, elder abuse is a “significant public health problem” that affects at least 10% of adults over the age of 60. Some believe that this figure is an underestimate of the problem because many seniors do not report it out of fear or inability. October is Domestic Violence Awareness Month. Let’s look at elder abuse and what to do if you suspect it.

Elder abuse generally occurs in a relationship between a caregiver and the elder. Usually, there is an expectation of trust in which one person is supposed to care for the other person’s needs. Sadly, elder abuse is very common between family members. Here are some forms it can take:

Elders may often say something that indicates abuse, but they may not. If an elder discloses something that gives you concern, you may need to report your suspicions and let the authorities investigate. Some seniors don’t have the mental capacity to disclose it, which makes it even harder to know what is really going on. The symptoms of elder abuse can also be attributed to other problems associated with aging.

Elder abuse is either an intentional act or a failure to act by a caregiver. In most states, professionals on the front line are mandated reporters who must report suspicions of abuse. In eight states, anyone who suspects mistreatment is required to report that suspicion to the authorities. Whether you are required by law to report suspected abuse or not, it’s important to keep vulnerable adults safe from harm.

You aren’t required to prove that abuse is happening, but you should be prepared to provide information about the situation. The professionals will investigate and determine whether abuse is occurring, so just give the details about why you are concerned. You may be asked some questions to find out more about the situation. Your report is confidential. The professionals who take your report are prohibited from releasing the information to the abuser or victim.

If you notice the warning signs of abuse, use The Eldercare Locator, a public service provided by the U.S. Administration on Aging, to find services for older adults. Visit the website and enter your location to find local agencies that protect seniors and vulnerable adults. Elder abuse is a serious issue that often needs intervention from someone outside the family to find solutions.