The Benefits of Gender-Inclusive Parenting 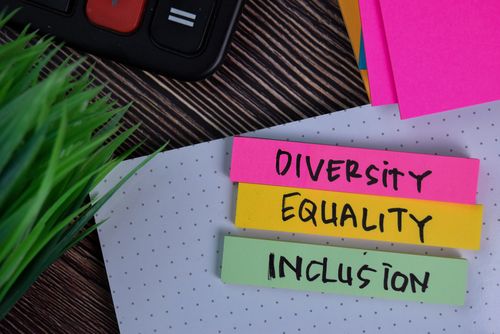 "Are you having a boy or a girl?" Before children are even born, parents and excited well-wishers start to weave the narrative of who they may turn out to be. The answer to this one question can affect not only the names given to them but also expectations of their likes or dislikes, favorite pastimes and preferred colors. Society's gender norms creep in through subtle means. What will their little girl wear on her wedding day? How will it feel when their son hits the home run that wins the game? It's natural to dream about what a child's life will be, and it's normal to want to know as much one can about the child as soon as possible.

These seemingly harmless assumptions, however, can have devastating effects for trans, gender-fluid or non-binary kids as they get older. Even cisgender people who do end up identifying as their designation assigned at birth rarely fit the mold of society's expectations for their gender completely. The insistence on assigning gender at birth can create more confusion than it alleviates when people must learn to separate who they really are from who they are told they are meant to be. Gender-inclusive parenting proposes a promising solution.

In a nutshell, gender-inclusive parenting seeks to circumvent the potentially harmful effects of society's gendered stereotypes by not raising children as either male or female but rather as non-binary until the children themselves reveal the gender and pronouns with which they identify. Gender-inclusive parents typically use gender-neutral pronouns for their children:

Parents continue to use these pronouns until the children grow into a better understanding of their own gender identity and choose the pronouns that seem to fit them the best. Rather than trying to fit into a presumed definition of their lives that they may later need to reject, they have the personal freedom to learn their gender according to their experiences, just like they do with other aspects of their identities.

Most children love learning and flexing their creative muscles. Gender-inclusive parenting helps them by leaving choices open. Parents who raise their children as girls or boys can still do this to some extent, of course. They can let their kids pick out their own clothes, play dress-up, and choose the toys and games that seem the most fun to them, regardless of gendered expectations. As soon as they leave home, though, they step into the world of norms attached to their particular side of the gender binary. Non-binary children, however perplexing the concept may be to some people they encounter, are less likely to be stifled by gendered expectations. Even teachers or caretakers who cling to traditional gender rules and roles have little choice but to keep options open for children who are not gender specific.

People develop their worldview through their experiences. When parents intentionally choose inclusive child-rearing methods, their children embrace their natural inclusivity. The restraints of expected gender norms have to be taught in order for children to learn the rules that govern that mindset. When raised with the understanding that gender is a spectrum and can be fluid, however, children tend to be more accepting of those who don't identify as either male or female. They also tend to have less trouble remembering people's pronouns and can more easily adapt to name changes as others' identities evolve.

Gender-inclusive parenting may seem like a colossal task to people who have never struggled with their gender identity. Those who have known people who have or have had those struggles themselves, though, know what a lifeline it can be. Removing gender from the equation can help children grow into their true selves without having to unlearn unhelpful norms first.