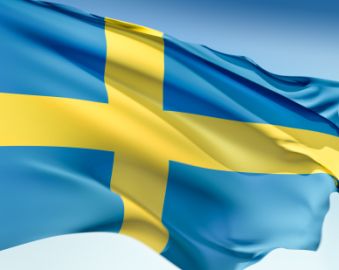 The Swedish government has officially recognized a new religion founded on the practice of file-sharing, called "Kopimism". Kopimists subscribe to the tenet that information and knowledge are sacred; for them the act of copying and spreading information is a sacrament. Some have criticized the church as an attempt to undermine anti-piracy laws, but Kopimists emphasize their belief that access to information is a sacred right/rite (just as [ministers ordained online][3] champion their own rights), and all they want to do is make it easier for people to educate themselves. File-sharing over the Internet simply serves as the contemporary mechanism for achieving this goal.

According to church members, the Swedish government agency Kammarkollegiet finally registered the group as a proper church shortly before Christmas, 2011, after a couple of previous registration attempts. Kopimism's founder and leader, 19 year-old philosophy student Isak Gerson, hopes that the church's newfound legal status will help protect file-sharing as a sacrament, much in the same way as U.S. laws protect (in theory, at least) people who get ordained online. "Being recognized by the state of Sweden is a large step for all of Kopimi. Hopefully this is one step towards the day when we can live out our faith without fear of persecution", Gerson said. As a sign of their deep religious sincerity, Kopimists use sacred symbols to represent their values and beliefs---in the case of Kopimism, these symbols are the CTRL+C and CTRL+V keyboard commands used to copy and paste text on a computer, a practice which church members call "kopyacting", and which they hope will enjoy greater legal protection.

Some have criticized the church as a form of institutionalized piracy, arguing that church members want to create a loop-hole to engage in illegal file-sharing. However, they argue, the group's new church status will function more as a social movement than as a legal precedent: "It is quite divorced from reality and is reflective of Swedish social norms rather than the Swedish legislative system", pointed out music analyst Mark Mulligan, adding that "It doesn't mean that illegal file-sharing will become legal, any more than if 'Jedi' was recognized as a religion everyone would be walking around with light sabres" and that "In some ways these guys are looking outdated. File-sharing as a means to pirate content is becoming yesterday's technology". Those who choose to become a minister online might think differently, but people like Mulligan believe that giving file-sharing official religious status is pretty much pointless, since this would do little, if anything, to change current anti-piracy laws---even if church members argue that it is their religious right to engage in file-sharing. 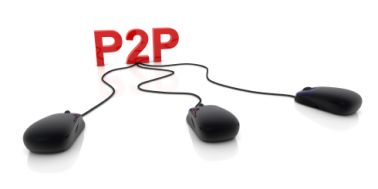 However, Kopimists would argue that their intentions are perfectly legal and benevolent, and that the seriousness of their beliefs deserves recognition. According to the BBC, the church has never directly endorsed illegal file-sharing activities, emphasizing instead the sacredness of knowledge and information. "For the Church of Kopimism, information is holy and copying is a sacrament", said Gerson in a statement. "Information holds a value, in itself and in what it contains and the value multiplies through copying. Therefore copying is central for the organisation and its members". One might compare "sacramental file-sharing" with other sacraments, such as sacramental wine, cannabis, peyote, ayahuasca, and other chemical substances which alter the senses, but which have become embroiled in legal controversies over their spiritual legitimacy. But for Kopimists, nothing could be a more legitimate religious rite than the exchange of knowledge and information through otherwise mundane acts like copying and pasting material on the Internet, or transmitting and receiving this information.

If we think about it, viewing the exchange of information as a sacred act is not so much different from evolving scientific opinions about the nature of consciousness and reality. More and more philosophers and scientists, such as Pim van Lommel (author of the book Consciousness Beyond Life: The Science of the Near Death Experience) and David Chalmers (author of The Character of Consciousness)are beginning to view information in the form of consciousness as the fundamental state of the universe. They contend that information in the form of consciousness may very well precede and indeed create all material reality, and some of them, such as Van Lommel, have suggested that this fundamental state is a quantum state called "nonlocal space", a timeless, spaceless realm where conscious information reigns supreme. In view of this idea, it does not seem so strange, then, to imagine a group of people getting together to form a religion which holds information as sacred and venerable.

It'll take a lot of effort to convince the average person that file-sharing can be a sacred rite, to be sure, but Kopimists seem dedicated to protecting their beliefs. And they have pretty good reason to be: the idea of information in the form of a nonlocal consciousness which lies at the very foundation of reality, and which might constitute a form of omniscience, is picking up steam among the world's most eminent theorists. Besides, Universal Life Church wedding officiants have something in common with Kopimists, given that both belong to churches which have faced legal challenges to their church status. Just as Kopimists have struggled to persuade the Swedish government that information sharing is a sacred act, online churches have had to persuade the United States and other governments that online ordination is a personal right because every person has access to divine knowledge. So, it would behoove us as ministers ordained online to show some sympathy for the Kopimists and their plight.

Tell us what you think. Should file-sharing be considered a religion because of the sacredness of information? Do you have any ethical qualms about treating it as a religion, and, if so, what are they?