Study Concludes Cohabitation Is Not an Accurate Predictor of Marital Success 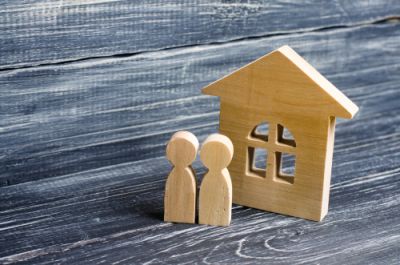 Cohabitation, whether prior to or instead of marriage, has become almost the norm in America. As of three years ago, approximately 65% of Americans said they approve of cohabitation, and over 70% of couples now cohabit before they marry.

The demographic statistics bear this out:

As far back as 20 years ago, 84% of those endorsing premarital cohabitation said they supported the idea because they believed it was a good test for future marital compatibility. However, there seems to be a major disconnect between the reason cohabitation aficionados give for favoring cohabitation and the reasons why they actually enter into such a relationship.

A five-year study of 1,294 unmarried adults between the ages of 18 and 34 who were involved in serious romantic relationships revealed why these young people had actually moved in with someone else. In order of importance, the six most cited reasons were the following:

Of those who cited the desire to test the relationship as their actual reason for moving in with someone, researchers found a marked difference in the underlying factors of men and women. For women, abandonment anxiety significantly increased their perceived need to test. For men, it was more a matter of having dependency issues, plus generalized anxiety and/or depressive symptoms.

The researchers concluded that if someone entered into a cohabitation arrangement for the purpose of testing the relationship, he or she already “knew” at some level that the chances of turning cohabitation into a successful marriage were not good, but they did it anyhow in the hope that things would get better over time. Additional conclusions to be drawn? Instead of cohabiting, couples wishing to test their relationship would do much better to seek couples counseling from a psychologist experienced in this area. Or even take one or more college-level courses on marriage and the family.

Not only does cohabitation make for a poor indicator of future marital bliss, it also makes it harder for one of the parties to get out of the relationship if and when he or she discovers that it’s not turning out as hoped and needs to leave and move on with life free of the other person. The longer couples live together (whether married or not), the more inertia rears its ugly head, lulling them into accepting and excusing what may become their partner’s less than ideal words and actions.

Even when a person manages to summon the will to leave, that individual may find that he or she needs an actual divorce in order to legally dissolve the relationship. Eight states recognize common law marriage; i.e., couples can be considered legally married when they cohabit, even though they have no marriage license and had no wedding. That marriage is valid in all other states as well.

It’s likely that couples will continue to cohabitate before and instead of getting married. With the statistics showing that most people endorse this choice, cohabitation appears to have become the norm.