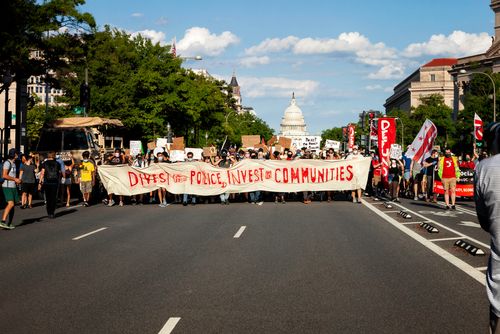 When crimes are reported in the news, a common gut reaction of the public is that we need tighter control and more police presence. This response is somewhat understandable; people want to feel as if there is someone out there protecting them and their interests. Is this the best answer, though?

The police are meant to be tasked with protection, but they are often called after a crime has already occurred. Ideally, they would enter a situation and deescalate the tension, but unfortunately, this is also not always the case. A better solution to the problem of crime is to get to the core of the issue and reduce the likelihood that it will occur in the first place. It starts by reallocating funds from reactionary tactics to prevention measures.

Many experts agree that economic disadvantages are significantly linked to higher crime rates. Extra patrols in neighborhoods that are considered problem areas do not address this problem at all. Instead, municipal authorities need to look at three key factors necessary to revitalize the financial viability of poorer sections of the city:

Making a neighborhood a better place to live doesn't involve gentrification, which tends to push lower-income residents out of the area. Instead, cities should invest in the infrastructure that is already there.

In areas where resources seem scarce, education and public art projects are often put on the back burner. This is counterproductive, though. Giving youth a creative outlet helps them focus their energy and see more possibilities for their futures. Making music can improve memory as well as mental health. Art therapy has a similar impact on the brain. A community where art is an accessible pursuit is less likely to be prone to violence.

The local church can be an integral part of supporting the creative and educational endeavors of people who live in the neighborhood. You can host a free afterschool program in which volunteers teach students new painting techniques or help them learn how to play an instrument. It can also be a safe environment where students receive tutoring. It may take a while to build a solid program, but once the congregation starts to see the impact that it has on the neighborhood, they are likely to increase their support.

The local police, no matter how extensive a training program they have completed, are not equipped to solve every social problem. Yet they are called upon to respond any time a disturbance occurs. It's no wonder that this system often fails those whose neighborhoods lack the resources of more affluent areas of the city. Without strong community support, backed by equal funding, they are at a distinct disadvantage.

Instead of pouring more money into the police force, cities should consider reallocating funds to groups that are in a better position to provide the social services needed to prevent crime. For example, drug treatment programs and affordable healthcare remove the punitive threat typically associated with seeking help for certain problems. Social service groups that foster community growth and connection are essential for reducing crime but often lack necessary resources. With more funding, they are better able to provide the support they know their communities need.

A frequent response to a rise in crime rates is more police presence, but that's seldom what the community actually needs. Support for groups that specialize in getting to the root of the problem to prevent crime in the first place makes more sense.