As the World Cup 2014 continues, the world is beginning to see soccer fever take over the globe. Many individuals around the world see soccer as religion, particularly in countries like Brazil or Mexico where futbol takes control over a great portion of their lives. For some, the soccer stadium has become their church. While the world experiences its 20th World Cup tournament since the competition was founded in 1930, the worshipers of this athletic event are starting to come out of the woodwork. There are many ways in which sports, including soccer, emulate some of the most prominent global religions. It is easy to appreciate the many similarities between faith and athletics as the world watches to see which country will become the next World Cup 2014 champion this summer. 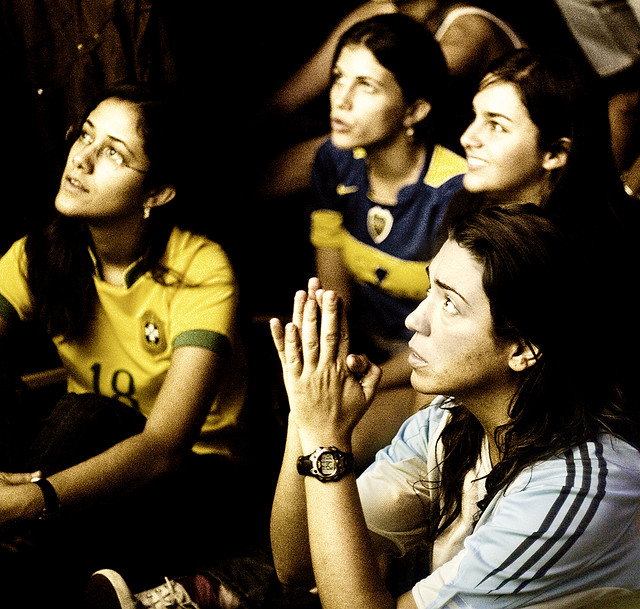 Many Christian men and women wear jewelry featuring intricate crosses to feature their religion. Soccer fanatics sport badges and jerseys of their beloved teams in order to affiliate themselves with their futbol gods.

Several religions encourage their followers to make a pilgrimage to a foundational city or place of worship. One of the most well known faiths to integrate a religious journey is Judaism, which encourages young people around the world to visit Israel during an educational a 10-day educational trip. Soccer lovers worldwide are flocking to Brazil to watch their team battle it out in the arena. In addition to attending the actual athletic ceremony, Fifa also presents "Fan Fests", in which each of the twelve host cities stage an official viewing event for its fans.

As the earth gathers to celebrate and experience the World Cup 2014, many of its patrons see soccer as religion as they pray to their players for victory.