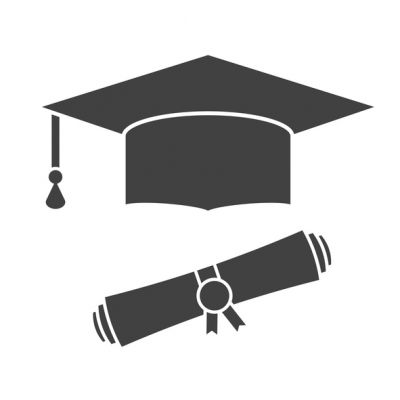 Last week, we discussed the honorary degree that Charlie Rose received from Sewanee: The University of the South. To recap, Charlie Rose was presented with the degree during the university’s commencement ceremony in spring 2016. He was honored for his influence in journalism. In November 2017, Rose was fired from his position after eight women came forward and accused Rose of making unwanted sexual advances. Sewanee came under pressure to revoke the honorary degree they awarded to Rose. The regents of the university essentially said, “We don’t believe it is our place to condemn the individual.”

Students Did Not Accept the Decision

After the regents’ decision in February to allow Rose to keep his honorary degree, the students and professors protested. The administrators and faculty requested that the Board of Regents revoke the degree. Students formed a campus protest. It’s been reported that over 200 people attended it. A few days after the protest, Sewanee’s Vice Chancellor John McCardell Jr. reaffirmed that the university was decidedly against “sexual misconduct of any sort on campus and in the workplace.” He was apparently alluding to the controversy over the Board of Regents’ lack of action.

In Sewanee’s 150-year history, it has never revoked an honorary degree. One of the key issues was that there was no formal process to do so. The Board of Regents is ultimately responsible for the issuing of honorary degrees, but the University Senate, which is comprised of the faculty of Sewanee, has the power to recommend individuals to be so honored.

The University Senate asked the Honorary Degree Committee to draft a process that would allow for a review of the honorary degree after it had been awarded. The Board of Regents would have to approve that process, but someone had to take initiative. The new process includes submitting a written request to revoke the degree to the vice chancellor. The vice chancellor takes it to the appropriate committees who review the request and vote on it. If it passes those committees, the request goes before the Board of Regents who will also vote on the revocation. A two-thirds majority is required to revoke the degree.

In Charlie Rose’s case, the procedure was followed. On March 20, the Board of Regents voted to rescind Rose’s honorary degree. Sewanee joins State University of New York at Oswego and Duke University in taking backs honors given to Rose. Rose may have other honors removed from his resume. Montclair State University is still considering whether to revoke the honorary degree it gave to Rose. The University of North Carolina at Chapel Hill is considering whether to revoke Rose’s induction into the Journalism Hall of Fame.

What Can We Learn?

There are at least two potential lessons that can be learned from Sewanee. First, don’t give up. The Board of Regents changed its mind after student and faculty protests. The faculty took a lot of initiative in making sure that the university’s reputation was upheld and that women didn’t feel like their concerns were overlooked.

The second lesson is that organizations should have a process to revoke honors or awards. Rose isn’t the first celebrity to be stripped of honors. The US Holocaust Museum recently rescinded a human rights award from Aung San Suu Kyi, Myanmar State Counselor and Nobel laureate. Bill Cosby has a long list of degrees and awards that were revoked from his resume.

Whether it’s a church, university or business, vetting is an important process when handing out awards. Would Sewanee have discovered Rose’s sexual harassment issues if they had vetted him better? That’s difficult to know, but the university also boosted its vetting process for honorary degree recipients because of this situation. Many organizations could learn a lot from how Sewanee handled this problem.

I need help man claims to be cursed, In of need more training or a church member to preform services on him. i willkeep lookingitup butheis agnostic