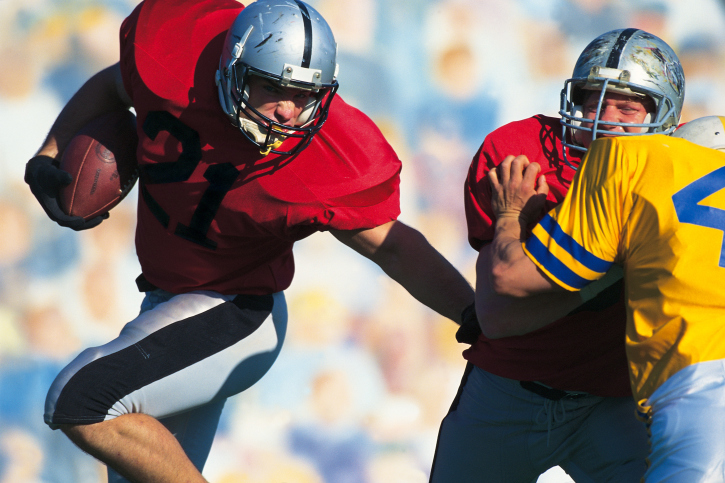 Professional sports have not always been friendly to lesbian, gay, bisexual and transgender (LGBT) individuals, but change is coming. A football player who made it okay to be out and gay while playing in the NFL talks about the events of years past since he became the first openly gay player drafted into the league. Meanwhile, the NBA leads professional sports in LGBT inclusion. While an outspoken actor has been vocal in the media lately on his support for equality, his big brother notes that Colin Farrell has always stood up for him against bullies and intolerance, long before he was famous and became a vocal ally for LGBT rights.

Relentless In the Drive

The NBA has led professional sports leagues in some proactive steps to promote inclusion. Among the most notable changes in the league are that:

Along with support from nonprofit groups such as Athlete Ally, which has pressed the NBA for pro-LGBT policies and changes, the league continues to promote inclusion for all. Athlete Ally founder Hudson Taylor notes, though, that "to achieve real change, we will be relentless in our drive toward more action with a laser focus."

Turning to His Sanctuary

Michael Sam credits football as being a "sanctuary" for him that helped him find strength to carry on as he struggled with being "poor, afraid, and alone" as a youth. Aware of his gay identity early on, he experimented briefly in college and realized clearly that girls were not his passion.

Accepting the Human Rights Campaign Upstander Award, Sam discussed his early years of struggles, and the exciting year since he pushed the envelope as the first openly gay player to be drafted into the NFL. Currently in search of a new team, Sam's personal life has taken an exciting turn: He recently got engaged.

Crediting his fiance, Vito Cammisano, with being the first person to make him feel "comfortable to be who I am, comfortable in my skin," the two were engaged this past summer atop St. Peter's Basilica in Vatican City.

Sam has been a strong role model for LGBT youth. Valuing the opportunity to speak to people who are like he was in years past, confused and alone, he says, "If we can save one life, we're all winners."

Only Ink On Paper Can Truly Prove It

In advance of an Irish referendum to legalize gay marriage, Colin Ferrell said of his homeland, "Without same-sex marriage being legalized, without the constitution being changed to this demographic of our community, it's the children who are going to be left in the dark."

Ferrell has been outspoken recently in the press on his strong support for LGBT rights, but his brother, Eamon, confirms that even years ago, Colin was ardent in defense of his gay brother, recalling that "he is eight years younger than me, but he acted the part of the big brother. I hate fighting, but he would do that for me. Colin would protect me."

The actor sums up his views on the Irish referendum on same-sex marriage, anticipated for May this year: "Only ink on paper can truly prove that the Irish people are who we've proudly held ourselves out to be a people who, in the majority, are deeply feeling and have a natural and abiding lean toward inclusion and fairness, heart and hospitality."

The more that people around the world come to see themselves as all children of the same universe together on this earth, the more that laws will evolve to accept all people, regardless of gender preference or identity, allowing them to participate fully in society. With leadership from strong and proud role models in sports and beyond who speak truth in public, more people can appreciate the connections that everyone shares in this universe.