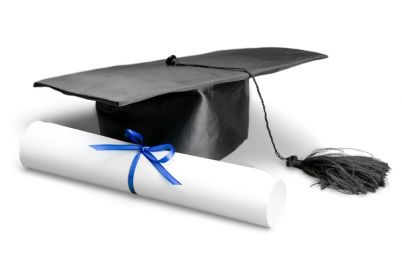 Most colleges have a formal method for revoking or rescinding an earned degree. It’s rare that a college will revoke a degree, but it happens. The University of Tokyo rescinded a doctorate degree of a Turkish national in 2010 for plagiarism. Harvard University severed its relations with a Russian spy who used a false name to earn a degree. In 1952, a Moscow university stripped a veterinarian of her degree after she tortured a cow to “determine the effects of electric shocks on the milk yield.”

Then, there are other times when prominent figures have kept their degrees, despite seemingly untenable actions on the recipient. Saif-al-Islam, son of Muammar Qadhafi, earned a PhD from London School of Economics and Political Science. Saif was indicted by the International Criminal Court for crimes against humanity, specifically for torturing and killing Libyan people. The school has allowed Saif to keep his degree.

Honorary degrees are a little different than earned degrees. It’s thought that the honorary degree began at Oxford University in the 15th century. The university bypassed the academic requirements for Lionel Woodville, the head of the Cathedral Church of Saint Peter and King Edward IV’s brother-in-law. Woodville was wealthy, well-connected and noble. Oxford wanted to obtain Woodville’s favor and gave him a doctorate degree without making him go through the academic process.

Over time, some academics took umbrage with honorary degrees. Some believed that the degree made a mockery of higher education. After all, to earn the degree, it would take years of study. However, many “esteemed” men sent sizeable donations to a university requesting an honorary degree and were granted. Still, universities continue to hand them out. Here are some notable numbers:

Some colleges, such as Yale University, admit that honorary degrees aren’t revoked once given. Many other colleges have no hesitations against taking back a degree. At least 20 of Bill Cosby’s honorary degrees were rescinded or revoked after allegations of sexual harassment came to light. Edinburgh University stripped former Zimbabwean President Robert Mugabe of his honorary degree. The college gave Mugabe an honorary degree in 1984 for his services in education but revoked it due to his human rights record. It was the first revocation in the history of the institution.

Typically, colleges revoke a degree to dissociate the institution from the actions of the person. It makes sense, because the administration doesn’t want to be seen as supporting bad behavior. This is an interesting dilemma in today’s world. In Part 2 of this discussion, we’ll look at a college that is standing behind an honorary degree given to Charlie Rose.