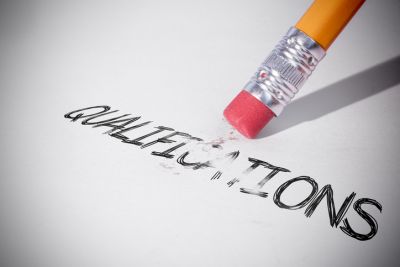 Last year, Charlie Rose was fired as a co-anchor on “CBS This Morning” after eight women accused him of sexual harassment. He issued an apology, stating, “I deeply apologize for my inappropriate behavior. I am greatly embarrassed. I have behaved insensitively at times, and I accept responsibility for that, though I do not believe that all of these allegations are accurate.”

Rose is the latest celebrity to face a revocation of his honorary degrees. Fordham University and SUNY Oswego have both revoked the degree each college awarded to the veteran news anchor. The Roman Catholic Diocese of Rockville Centre had planned to give Rose an award as a leader in broadcasting but rescinded it when Rose’s story broke. Rose also lost his Walter Cronkite Award for Excellence in Journalism, which has never happened before. His alma mater, Duke University, also rescinded a prominent award given to outstanding alumni.

Interestingly, Sewanee: The University of the South, is choosing not to revoke an honorary degree given to Rose, even though students are requesting that the leadership take action. A student petitioned the Board of Regents for the college. The board did discuss the situation but decided not to take action.

Sewanee’s Position on Not Revoking an Honorary Degree

Sewanee is a college owned by dioceses of the Episcopal Church. It ranks high on many of the best college lists, not only for its theology programs, but for its overall academic excellence in all of its disciplines. Its founder is Bishop Leonidas Polk, an ardent supporter of slavery. The college almost didn’t survive the Civil War, but another bishop worked to rebuild the institution. Charles Todd Quintard, a chaplain in the Confederacy and who was initially pro-Union, was selected as the second bishop of the Diocese of Tennessee after the war. Quintard is often called the “re-founder” of Sewanee. Today, the college is highly regarded, even with its past.

The trustees issued a letter to the student who requested the board revoke Rose’s degree. Nashville Public Radio reports that it said in part, "Your talk sparked a vigorous discussion by the Board that proved its members’ passion for Sewanee and led it to reflect on our unique values, which are not found amongst many colleges. For us, the central question is how do we embrace academic and ecclesiastical considerations and meld the two? . . . The opportunity to forgive should always be taken. . . . If we condemn a person, then who among us sinners should not also be condemned?"

NPR reports that following the board’s decision, students are planning to organize a protest in hopes that the board will change its mind. Faculty from Sewanee have responded to the board, supporting the students who believe that the degree should be revoked.

The faculty wrote a public letter to the board, outlining reasons why the tenets of the Episcopal faith could lead to a revocation of the degree. Forgiveness, while very important in the tradition of the faith, does not replace the consequences of a person’s actions. The letter goes on:

It is our understanding that the university awards honorary degrees not only for specific achievements, but also for the general cloud of merit around an individual—the aggregation of a lifetime of achievement, high moral character, and the perception that the individual is worthy of honor. . . . Withdrawing an honorary degree from a serial sexual offender whose behavior has become a skandalon (sic) may be a symbolic gesture, and on its own it would surely never be sufficient. . . . Allowing Mr. Rose’s degree to stand is its own symbolic declaration of the university’s values.

We applaud the School of Theology for taking a stand in removing Rose’s honorary degree. The Episcopal Church has to stand with victims of sexual harassment to be a place of safety. Given Sewanee’s historic beginning, we can understand the board’s reluctance to condemn Rose. But is it the right choice?