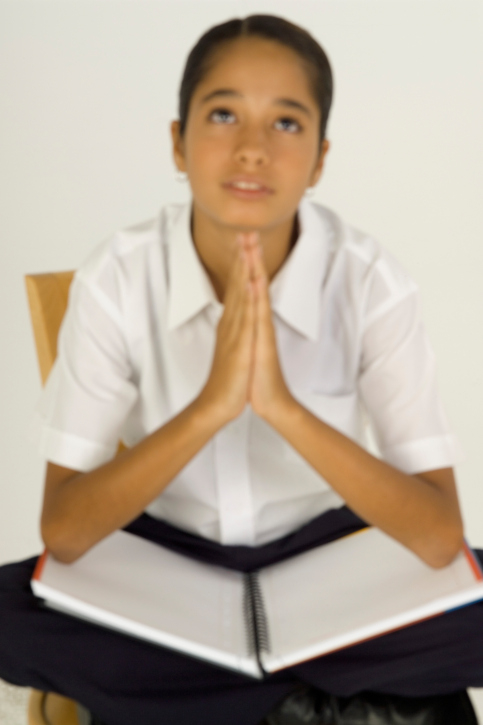 An educator starts his undergraduate college religion in education courses with an anonymous poll. Students get prompts that they are to answer in any way they want, such as "Muslims are ___\__\__" and "Christians are ________" and more. The answers the students provide give the teacher a baseline to assess the students' levels of religious awareness and knowledge, and he reports that they often reveal a shocking level of religious illiteracy and misinformation.

Many who speak out on education and call for increased STEM (Science Technology Engineering & Math) studies might dismiss concerns of the dangers of religious illiteracy among college students. Such practical thinkers on education rank the study of religion in education with readings in poetry, as a sort of extra frill that is an optional aspect of a serious education.

**The Faith of a President

In his time and at times since, Thomas Jefferson has been called a non-believer and an atheist. He was neither. He was a free thinker and a believer in the power of rational thought over adherence to tradition and ceremony. He valued the thoughts and philosophy of Jesus, although he likely had no belief in the divinity of Christ. He literally cut-and-pasted his New Testament to remove all the accounts of miracles and supernatural happenings and created a book filled with the wisdom of the teachings of Jesus.

A Framework to Assess Claims

The current college educator who was once a high school teacher notes that religious literacy goes beyond the ability to meaningfully read Dante and Shakespeare but includes the very essence of culture. He notes that, "religious ideas affect politics, economics, and law." More importantly, he asserts, students who do not study religion become citizens without an understanding of religion and will "have no framework with which to assess claims about religion made by politicians and media."

Contrary to misapprehension among many people, the educator notes, there is no law in the country that bans religion in public schools. The First Amendment to the Constitution provides that: "Congress shall make no law respecting an establishment of religion, or prohibiting the free exercise thereof."

The two separate protections set out in those two clauses provide that Congress:

A spokesperson for the Religious Freedom Education Project said that, "in a nation committed to religious liberty, public schools are neither the local church nor religion free zones."

Canada's highest court recently issued a ruling that a small town in Quebec is not permitted to start its city meetings by reciting a Catholic prayer. The case arose in 2007 when a town resident objected to the regular recitation of the familiar incantation as the invocation at every session of the town council.

The U.S. Supreme Court recently ruled that communities may pray at the commencement of their meetings, despite the fact that it seems to favor one religion over others. The high court in Canada, on the other hand, held that the "state must instead remain neutral in this regard. This neutrality requires that the state neither favor nor hinder any particular belief, and the same holds true for non-belief."

Noting that even a supposedly "non-denominational" prayer would be religious, and as such would exclude non-believers, the Canadian court held that no prayer in the public meetings is the only proper option. The court found that the state has a "duty to protect every person's freedom of conscience and religion" and that it may not use its powers to promote certain beliefs or practices over others. The complainant was awarded monetary damages in the amount of $35,000 for the offense of having heard the prayer at a public meeting.