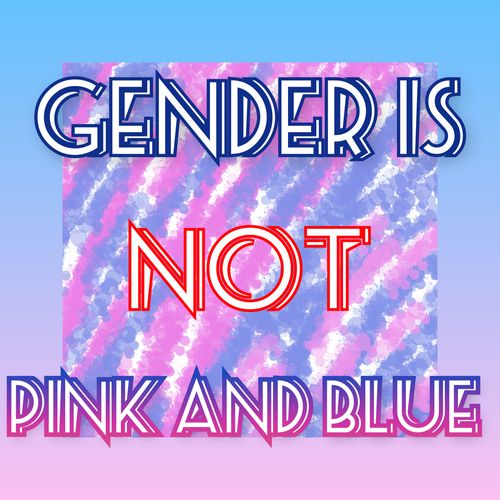 You have probably seen the announcements on social media. A couple throwing a party to celebrate finding out whether the child they are having is going to be a girl or boy. You may even have attended one. Most of the people there likely had a good time enjoying refreshments and learning something new about the baby they were going to get to meet soon. What you may not have witnessed is the effect the festivities had on someone else at the gathering.

Gender reveal parties for unborn babies are meant to be joyful occasions, but they can also do a lot of harm. They often reinforce stereotypes and deny the social aspect of gender construction altogether. It makes much more sense for people to throw gender reveal parties when they have a clearer idea of what their gender is. In fact, for trans persons, such a celebration can be a meaningful ritual.

When babies are born and doctors notate whether they're boys or girls, they are recording their biological sex. This is not the same as gender. Gender is a social construct that is formed over time through experiences and interaction with the world. The societal norms for each gender vary widely by culture, and a person's gender doesn't always align with his or her biological sex. A gender reveal party for an unborn person glosses over this truth.

It is natural for parents to wonder who their child will become. This curiosity is part of the rationale behind the gender reveal party. Unfortunately, as it is hard to capture the nuance of a person's gender before he or she is born, the theme often degrades into stereotypes for what the child will prefer:

Exploring identity can be complicated for anyone, and it doesn't help to start life with the weight of other people's assumptions. One of the first celebrations of children's lives shouldn't be to decide who they are before anyone has even met them.

Traditional gender reveal parties tend to offer two options - girl or boy. This denies the spectrum of human gender experience. For trans or non-binary people, whether they are at the party or just seeing the pictures online, this can be disheartening. Even if the child does end up identifying as either male or female, he or she may still be genderqueer and not subscribe to cultural gender expectations.

The Benefits of Transgender Reveal Parties

This is not to say that gender should never be celebrated. On the contrary, when people figure out the gender identity with which they are most comfortable and that makes them feel the most understood, it is a fantastic milestone to mark. Transgender reveal parties are a fun way to do this.

A gender reveal party that is actually thrown by the people revealing their gender is a great way to celebrate identity. It gives them the opportunity to express how they experience the world in a fun, relaxed environment. They can introduce their pronouns, have open conversations about gender construction and give their friends an opportunity to recognize their identity with love and support.

For many trans and non-binary persons, coming out is a painful and lonely process. Even if the people around them are open and accepting, they may feel awkward about asking too many questions, so this important part of their identity is seldom discussed. A gender reveal party bridges this gap. Even something as simple as showing up for the party communicates support and can help the guest of honor feel less isolated.

Gender is a highly nuanced concept that cannot simply be broken down into categories of pink or blue. It's better to leave gender reveal parties up to the person whose identity you're celebrating.

This person needs a lesson in logic

I'm sorry this is say that the Creator had made a mistake. He or she,the Creator doesn't really make mistakes. I'm not really anti anything, it's just common sense. We are created in the Creator's likeness. That would mean that the Creator has identity problem. Which also means the Creator is not perfect, all knowing or all seeing in turn that knocks him/her out of the God box. Now if you're a gender transitional person, and the celebration is about the learning the gender of an unborn child, doesn't it make sence to not go, send a gift, a card or something to congratulate the couple on their up coming child. If a gender transitional person does want to join inon the festivities is not the problem it's that the celebration is about the child and the parents not the individual. After all the future parents are the ones the invited the individual, so they already accept that person and their beliefs. Right?