Fervent belief in divine protection is a 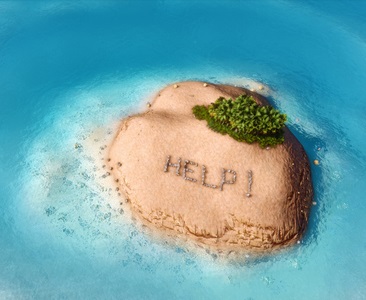 common tenet of many r****eligious faiths, and brings many people the world over great comfort. But sometimes the cloak of certainty can smother the flame of realistic expectations - such as happened when one Christian family fled the Unites States by boat for a tiny island on the Equator, only to find themselves out of food and stranded at sea.

The Gastonguays are a young couple from Arizona with two young daughters - one born on the same vessel that bore them to their eventual destination in the middle of nowhere, mere months before the voyage. Setting off to escape "abortion, homosexuality and the state-controlled church" they saw as bad influences for their children, the pair sailed forth on a "leap of faith", intending to go wherever they felt their God was leading them. Despite a complete lack of navigational experience, they were convinced they would be led toward a better life.

To What Greater Good?

What they got instead was a succession of storms, abandonment by the first boat to come across their desperate path and low supplies threatening them with starvation. By choosing to act on their blind belief, the parents had endangered themselves as well as their infant and toddler daughters, and only happened to be found when a Venezuelan helicopter pilot from a nearby fishing boat chanced on them. The family's commitment to their faith, viewed by many as a positive trait, had led them into rough waters.

Without malice, the thought that arises in this situation is: why? Why choose to start out on a journey without a map? When faced with the need to believe things will turn out well, where does responsibility to the reality at hand start and end? If faced with situations one finds disagreeable, perhaps blind flight isn't the answer. Reliance on hasty assurances that belief is always a shield can prove dangerous, sometimes literally - like here, or stepping onto train tracks to prove faith will save you. It's hard enough to steer a safe path through life without ignoring the rocks in the shoals ahead.