Letter to Mary Hollinrake From The ULC

From the desk of Brother Martin Freeman to Mary Hollinrake, Kent County Clerk 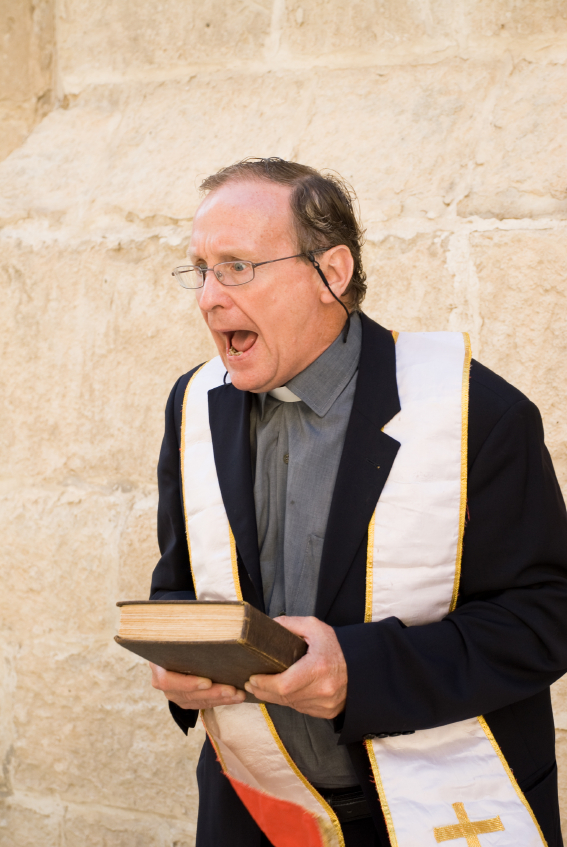 For context, please read our blog post about Mary Hollinrake's interactions with one of our ministers.

The Universal Life Church Ministries (hereafter referred to as ULC) recently received an e-mail regarding your conversation with Mr. Joe Ryan, one of our lawfully-ordained ministers and your comments regarding the lack of validity of his ordination, your perception that the ULC ordination is "ludicrous", and the legal superiority of Catholic priests due to their eight-year education. We note in Michigan that several Catholic priests have recently been charged with murder, the molestation and sexual abuse of children, and an assortment of other forms of child abuse. ULC ministers have never been charged or incarcerated in that area of profound serial criminality, in which the Vatican itself now admits is a serious problem in its church.

We assume, from your words and actions, that you have a personal preference for the Catholic religion, and we have no qualms with you or the Catholic church. Many of our ministers are strongly affiliated with the Catholic faith and we gladly welcome and encourage them into our non-denominational organization. Our name infers who we are we are a universal church of people who hail from a variety of religious backgrounds. We believe that we are all children of the same universe, and that each of us has the right to become ordained and perform wedding ceremonies as well as other recognized and traditional rites that are a recognized part of a ministers' duties.

It appears to us from your conversation with Mr. Ryan that you and your clerks union mean to ensure that we, the Universal Life Church, do not have the right to perform wedding ceremonies in Michigan. I believe that you have already violated Title 18, U.S.C., Section 242 "Deprivation of Rights Under Color of Law". You have suggested that your office will not respect his ordination and have treated him with contempt, and would not respect his constitutional rights. This action is patently against Federal law and the Constitutional provisions of a guarantee of all citizens to practice Freedom of Religion. We invite you to visit our legal site, https://ulccaselaw.com, to review lawsuits that we have filed against those who have infringed on the rights of ULC ministers in the past. We are not a church that takes lightly a threat or violations of federal and constitutional law, especially by elected public servants. When we find offenders of these laws, we sue. We are sending this letter to all of our ministers in Michigan to alert them that you and your clerks union intend to wipe their constitutional duties and rights away.

The right to perform a wedding is a religious rite and will not be trampled upon. Federal law prohibits you from using your office under the color of law to intimidate any of our ministers. Should you go further in your pursuits, we will sue you individually, your county, and any Jane and John Doe defendants that we assess as guilty. We also inform you that the minute we sue you, we will ask our attorneys to review the doctrine of law called lis pedens, and we will ask our attorneys to review the possibilities of filing that suit with the county recorders to ensure that notice is given to all relevant parties in the state of Michigan that you are encumbered by a lawsuit and until final judgment it may well affect your credit rating, mortgage, and reputation. Your unofficial conduct under color of law is a vexation to the spirit of universal ecumenicalism. We are one large religious family of all faiths and our mantra is "we are all children of the same universe."

The appearance of your persecution of ULC ministers causes the parable of Daniel in the lion's den to come to mind: "Daniel, a great man of faith and prayer, was given a top job in the kingdom of Darius because he was a faithful and hard worker. This made the other princes jealous of Daniel. The only way they could find him at fault was to make a law that was against his religious beliefs. The princes tricked the king and got him to pass a law that said no one could ask a petition of God or man."

This letter is meant to give you ample notice that should you move one step forward in your pursuit to discriminate against any and all ULC ministers, we will sue you. We note that you have already been sued before in a class-action lawsuit and, were we to file suit, it will not be an immigrant couple that sues you but numerous ministers right in your own state and county as a class-action suit. We are watching and we will be there during election time. We recommend that you apologize to Rev. Ryan and ask God for forgiveness.