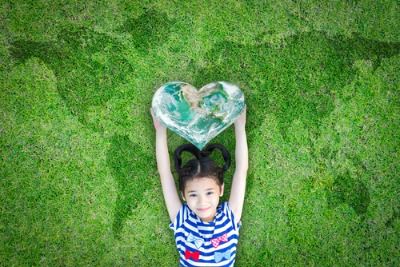 It is becoming increasingly common for individuals, even those who grew up in religious households, to forego religion entirely. According to a Pew Religious Landscape survey, nearly one-quarter of the U.S. population is religiously unaffiliated. That said, non-believers can still learn a lot from the world’s major religions. If you identify as non-religious but like to live your life with an open mind, consider how you can apply the following beliefs to your everyday life.

For those who believe in a higher power but don't adhere to any particular religion, organized religion may seem bureaucratic or commercialized. Don't let the less flattering aspects of religion make you jaded; there are plenty of good lessons that can be learned from some of the world's major religions.  Here are just a few examples that you can apply to your own life today.

Judaism: The Importance of Life

Most religions place a great deal of emphasis on the afterlife and what happens when one dies. For this reason, many people turn to religion not to guide their present or future actions but rather to tackle the question of what becomes of the spirit when it’s no longer in the flesh.

Judaism takes a different approach. Instead of focusing heavily on the afterlife, it focuses on how followers live their life on earth and their morality during their lifetime. The religion does not strive to scare followers by emphasizing heaven and hell but rather attempts to encourage them to live a good life, celebrate the here and now and let morality guide their decisions.

Islam has a saying, “Innamal a’maalu biniyyaat,” which roughly translates to “Verily, actions are judged by intentions.” What this means is that righteous actions are only righteous if the intentions behind them are noble.

For instance, if you were to donate money to a children’s hospital because you truly believe in the cause to which that money goes, you have done a good deed. However, if you donate money to get a placard on the wall to impress other people, you’re just being arrogant and boastful.

Christianity: The Definition of Love

Even if you are a non-believer, you have probably heard the Christian definition of love at a wedding ceremony. To paraphrase, “love,” by Christianity’s definition, is patient and kind. It is unselfish. It does not boast, and nor is it rude or arrogant. It does not rejoice when someone does something wrong but rather rejoices when there is honesty. Love is enduring. Regardless of what you believe or don’t believe, this definition serves as a great guidepost for all your relationships, romantic or otherwise.

Buddhists believe that wanting is the root of all suffering. This is the second of four Noble Truths, each of which addresses how to overcome negativity and challenges. What the second truth says is that constantly desiring more than you have creates unnecessary tension in your heart and mind. Be satisfied with what you have, set attainable goals and don’t wish for things you cannot reach or afford, as doing so will only serve to make you frustrated and unhappy.

Hindus believe that all lives are sacred and all living things deserve to be treated with love and kindness. While all religions touch on the importance of being kind to other humans, Hinduism takes it one step further with ahimsa, the concept of not causing harm in deeds, words or thoughts. Ahimsa applies not just to humans but to plants, animals and the earth in general. All living things must be treated with respect and should never be harmed.

Though extreme Hindus take this concept to mean they can never swat a fly or eat meat, you can take a broader approach. Live your live in such a way that doesn’t cause harm to others, either physically or emotionally. Don’t cut down trees to make room for your new addition, don’t buy products that have been tested on animals and try to support cruelty-free food companies.

You don’t have to be a believer to apply these lessons to your everyday life. Use these concepts to guide your decisions and lead a better, more wholesome existence.