Keeping the People in Line With Religion 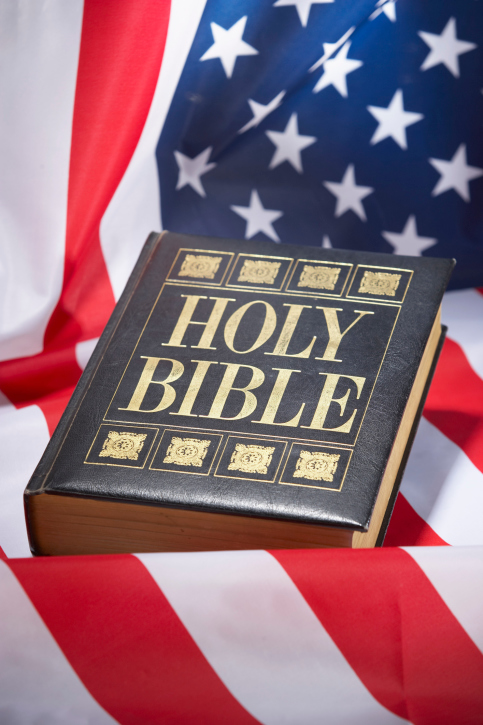 All human societies have been shaped by religion. A current view in science holds that the human belief in a great deity an all-powerful entity who oversees human action and metes out judgment and punishment is essential to the development of political and social complexity in human society. This keeps people in line. New studies challenge some aspects of that belief, though. In Idaho, three state senators make a public display of arrogant disdain for a religion that is different from their own.

Setting an Example of What Idaho Believes

Idaho State Sen. Sheryl Nuxoll could not stand to be in the senate chamber to witness a Hindu prayer that was offered at the opening of a recent session. She was among three senators who made a point by their absence during the prayer.

Sen. Nuxoll aptly displayed her arrogant myopia with the royal "we" when she said, "I think it's great that Hindu people can practice their religion, but we are the Senate, we're setting an example of what we, Idaho, believe." For many people like her, religion is only what they believe, and everything else has no place in the world.

The subject of the prayer from Rajan Zed, guest chaplain, which he delivered in both Sanskrit and English, centered mainly on right action and peacefulness. "Fulfill all your duties. Action is better than inaction," Zed affirmed. "Selfish action imprisons the world. Act selflessly, without any thought of personal profit." It was all too much for the three easily offended state legislators, who returned to the senate floor only when the prayer was over, after the threat of Hindu incantations had cleared from the senate chamber.

A belief in Moralizing High Gods may have preceded advanced political complexity in many cases in human society. The idea is that the oversight of a powerful deity tends to help with self-policing, as people's tendency toward moral laxity is checked by a cultural set of religious beliefs.

A recent study of religious systems in Austronesia, the south Pacific island chain from Madagascar on the west to Easter Island on the east, examines the question of whether a society's belief in an all-powerful deity who oversees human affairs and punishes transgressions is essential to the development of complex society. The research indicates that in these areas, the belief in supreme deities appears to have come into being only after the complex societies had developed already.

In studying some 96 cultures of the more than 400 in the Austronesian area, scientists considered two types of religions:

The researchers used connections between the island cultures that had been previously established by linguistics research to further their exploration of the ways the societies exchanged ideas and influences.

Listening to the Prayers, Hearing the Hearts

For those who are open and comfortable in their beliefs, hearing the words of counsel and invocation from an individual of another faith is not a threatening or offensive matter. While some may note that the Christian Bible counsels prayer in private, out of view of the public eye, most rational people see the wisdom of an attitude of tolerant acceptance of other faiths, particularly from public servants who are designated to represent all people.

While human development may have been helped along in the past by a belief in a powerful deity, watching over human activity, modern people can still see the value of spiritual beliefs in forces greater than any one individual in the society. Whether it is in the unseen connections between all people, or in the spirit of compassion and caring that becomes immediately evident in times of crisis, people see that religion is more than the story of the God that is in charge; it is the spirit of good that is in every person.