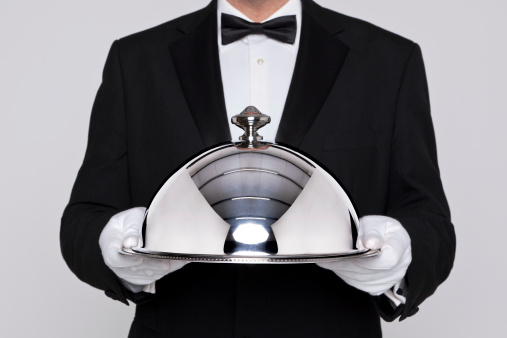 You probably remember the waitress at a St. Louis Applebees who went public with the story that an influential local pastor had refused to tip her, writing "I give God 10%. Why do you get 18?" on the receipt in place of a tip. Earlier this November, a New Jersey woman cheated her waitress (a veteran of the Marine Corps) out of a tip on a nearly $100 bill after finding out that the waitress was gay, claiming that, even though she was satisfied with the service, she "cannot tip, because I don't agree with your lifestyle."

Regarding the pastor that compared giving 10% of her total income to giving a tip of 18% of the cost of one meal, the ULC doesn't have a problem with people prioritizing tithes. For the situation in New Jersey (and the many other times people leave promotions for religious conversion in place of tips), we see nothing wrong in sharing beliefs, or personally disagreeing with the actions of others.

Having a view that another person's actions outside of work are morally suspect is in itself entirely different than disapproving of their job performance. This rash of religious individuals hiding behind their beliefs in order to cheat others out of their rightfully earned wage is disgraceful. The problem extends outside of the food service industry as well--no matter what the circumstances, these types of self-righteous comments are never constructive, and always hurtful in that they lack both understanding and compassion.

Ignoring the sheer rudeness displayed by such actions, is it at all possible to ignore the hypocrisy behind them? Most who believe that homosexual actions are a sin also take the position that judging and hurting others, to say nothing of cheating them out of their money, is wrong. Finally, consider how badly this reflects on other adherents of religion. Both of the waitresses interviewed confessed that, after these negative interactions, they feel more jaded and cynical regarding religion as a whole.

Every religion is, at heart, based on ideals of love, acceptance, and honesty. To pervert them this way, by hiding behind their tenets in the name of greed or pride, is dishonest and deeply immoral. Fortunately, most religious people don't act this way, and many have gone out of their way to support the aforementioned waitresses. How great would it be to disagree with someone's lifestyle, but to show love, compassion, and understanding by offering a tip for the service received anyway if it was to your satisfaction? Though it still is unlikely to convert your server or get him or her to stop a given practice, it would certainly reflect better on your community of faith and show others that the door is open for conversation with you. If your waiter is providing attentive care and good food, what are you serving up?