Free Speech and the University of Central Oklahoma 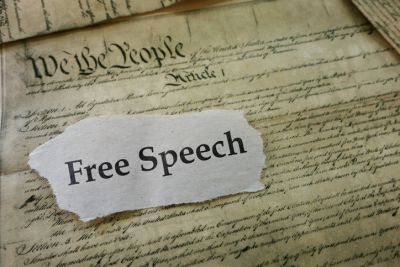 Ken Ham, President of Answers in Genesis, sits at the heart of some controversy over freedom of speech on the University of Central Oklahoma (UCO) campus. The student body government invited Ham to speak on campus about the ideas of Charles Darwin. After strong objections from an on-campus LGBTQ group, Student Body President Stockton Duvall rescinded the invitation.

Duvall made it clear to local news organizations that the decision to end the partnership with the Ken Ham event was not due to pressure by the administration. The student government board determined that it would be better to cancel the engagement than to deal with the uncertainty of the event. However, Duvall also stated that he felt bullied by other students on campus who did not want Ham to speak.

The unnamed LGBTQ group questioned whether the shared resources of the student body government should support a person who speaks out against the LGBTQ community. It wasn’t about free speech as much as it was about whose money should pay for “free speech.” UCO is a state college, not a private institution.

Ultimately, UCO President Don Betz invited Ken Ham to the university to present a lecture on the same day that the original presentation was to be made. Ham’s lecture is called “Genesis and the State of the Culture.” It’s part of a two-day event that focuses on freedom of expression. The event is free and open to the public, not sponsored by college funds, but by private donations.

I’m thrilled my talk at UCO is back on again. UCO officials have definitely heard from many concerned state legislators, several local residents, and alumni about the denial of our right to free speech.

Furthermore, by moving my talk from the evening to the afternoon, we now have the opportunity to reach even more UCO students during the school day. UCO is a commuter campus, and many of its students might not have been able to attend in the evening.

How Do Colleges Balance Freedom of Speech Against the Rights of Everyone?

Ham has come under attack for “taking back the rainbow.” In a 2007 Twitter post he wrote, “Sadly, the colors of the rainbow are even used on a flag for the gay and lesbian movement.” Last year, it was announced that the Ark Encounter would be illuminated by rainbow colors every night. This was not done to highlight the LGBTQ community, but to re-appropriate the rainbow as a reminder that God owns the rainbow.

Ham makes no secret of the fact that he believes that marriage is between a man and a woman. He is decidedly a Creationist, denying any scientific claims for evolution. However, it should be noted that he is also a very popular Christian speaker. His calendar is rarely empty. He speaks all over the world on Christian apologetics.

It can be argued that Ham has a right to his position. He has a right to present it wherever he is invited to speak. Private organizations have the right to present speakers to their audience. However, UCO is not a private organization. It is a state-sponsored school that has a responsibility to its students to use its funding appropriately. UCO students had every right to question the decision, although bullying tactics were a bit too much.

Ham believed that his rights to free speech were denied when the invitation was first cancelled. But were they? If finances were the deciding factor, then Ham could have certainly waived his fee. We’ll never know some of the discussions between the parties involved, so it’s difficult to speculate about what could have worked. It’s an important thing to consider though. What if Ken Ham were speaking at a liberal arts college near you?