5 Museums in Which To Explore Black History 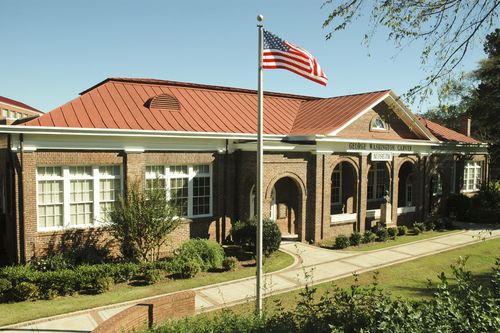 The largest African American museum in America is the Smithsonian Institution's National Museum of African American History and Culture in Washington D.C. If you can’t get to the nation’s capital, you may want to check out these museums where you can learn more about Black history. Of course, you should check with each location before visiting as some locations may have restricted hours due to COVID-19.

George Washington Carver is considered one of the most prominent Black scientists in the 20th century. He is probably most known for his work with peanuts, but he was dedicated to farming and environmentalism. This museum is almost 80 years old and features several exhibits that focus on Carver’s history and his work on crop rotation, which led the South to an economic boom.

In 1961, this museum opened to provide education on parts of history that had been overlooked. A few years later, it was renamed for Jean Baptiste Point du Sable, who was a fur trader and the first non-Native American settler in the community. Its goal is to preserve the Black culture through oral history and art. Today, it is affiliated with the Smithsonian Institution. With a collection of over 13,000 artifacts, books, art and other memorabilia from private gifts, this museum has a broad overview of Black heritage.

Omaha’s museum focuses on the contributions of the Black community to the Great Plains development. The executive director and board president recently posted this statement: “We at the GPBHM want everyone to know that we are here for you as a resource to help in educating everyone on the history of African Americans to bring people together and encourage the dialogue needed to bridge the divide and bring us together as one.”

A virtual tour of this museum is available online. Its new building is not quite ready to open. Usually, when people think about the Holocaust, they’re referring to the mass murder of Jews during World War II. This museum considers America’s Black Holocaust over the past 400 years that consists of:

A diaspora refers to a scattered population outside of their homeland. Today, this museum focuses on contemporary art, but its mission is still to celebrate Black culture through the lens of the African diaspora. It is a Smithsonian affiliate and largely focuses on exhibits from other museums. It is closed due to COVID-19 restrictions, but it does have some excellent online resources that can be accessed while you’re waiting for things to reopen.

Expand Your Understanding of Other Cultures Through Museums

This short list of museums is exactly that — a very short list of the museums dedicated to Black culture, history and art. When you try to understand the heritage of a culture, you can empathize with their journey. If you can’t visit in person, use online collections to explore more about Black history.