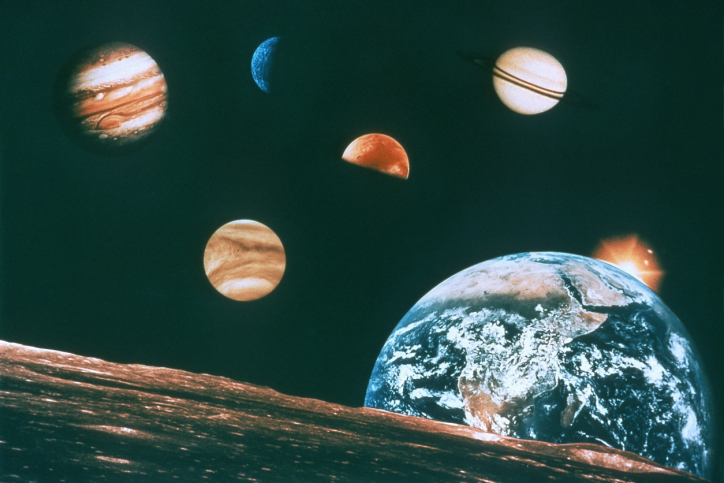 As the science of genetic testing advances and the pool of participants who have their DNA on record increases, it becomes more apparent that all people are more closely related than they may have once presumed. As deep space science progresses and astronomers appreciate more intimate details about the furthest reaches of the solar system, it becomes increasingly clear that life out there may be more prevalent than humans once believed.

Distant Cousins All Around You

With a bit of math, it is easy to see that every human being alive has a substantial circle of relatives. Going back over the family tree and adding two to four children per ancestor, the number of seventh cousins will rapidly swell to a population that rivals a good-sized city. Everyone may be directly related to 100,000 to many millions of individuals that live somewhere out there in the world.

With genetic testing now readily available over the Internet, many more people are having their DNA analyzed. When a unique string of DNA matches up between individuals, it is a certain indicator of a direct family connection in the past. Family connections become more obvious as more similarities occur in the DNA strings.

Definitely Not an If, It's a When

At a recent press conference, NASA scientists predicted an increasing likelihood of discovering life beyond Earth. From recent data gleaned in Mars missions to incredibly sophisticated telescopes and other instruments that give deeper and more meaningful views of Earth's neighboring planets, advances in technology are changing the equation on whether the human's home planet is the only incubator of life in the solar system and beyond.

The chief scientist at NASA confidently proclaimed: "I believe we are going to have strong evidence of life beyond Earth in the next 10 to 20 years." Others at the agency concur, noting that, "it's definitely not an if, it's a when" as to whether confirmation of life on other planets will be found. To be clear, for everyone who is picturing communication challenges with other life forms from space, the type of life NASA has in mind is on the microbial scale.

Data from recent Mars missions shows that the red planet once held a great body of water that was:

Measurements of the aurora on Ganymede, one of the moons orbiting Jupiter, prove the presence of a large body of water below the ice. The space agency is also excited about the potential for a mission to Europa, another of Jupiter's moons with an ocean and ice.

The director of planetary science says they are learning that "habitable zones are not just around stars, they can be around giant planets, too. We are finding out that the solar system is really a soggy place."

One thing that Mars appears to currently lack that the Earth definitely benefits from is a powerful magnetic field that keeps water and the atmosphere from being blown away by solar winds. As the hunt for life in diverse forms extends further into space, the potential for startling new discoveries of life in the universe continues to increase.

In the grand view, all human beings are really related, much like a vast family sharing commonalities despite differences of language, culture or appearance. Likewise, all life on Earth shares common threads. Every living thing relies on this beautiful blue-green planet with its ideal balance of a powerful magnetic field that holds in water, air and all the elements of existence.

Beyond Earth, the solar system circles around a magnificent star burning with enough energy to power life for millions of miles around it. Beyond Earth and the sun, the Milky Way galaxy swirls with millions of stars. The home galaxy, in turn, is just one of billions of unique spots of light in the vast expanse of all that is beyond human comprehension.