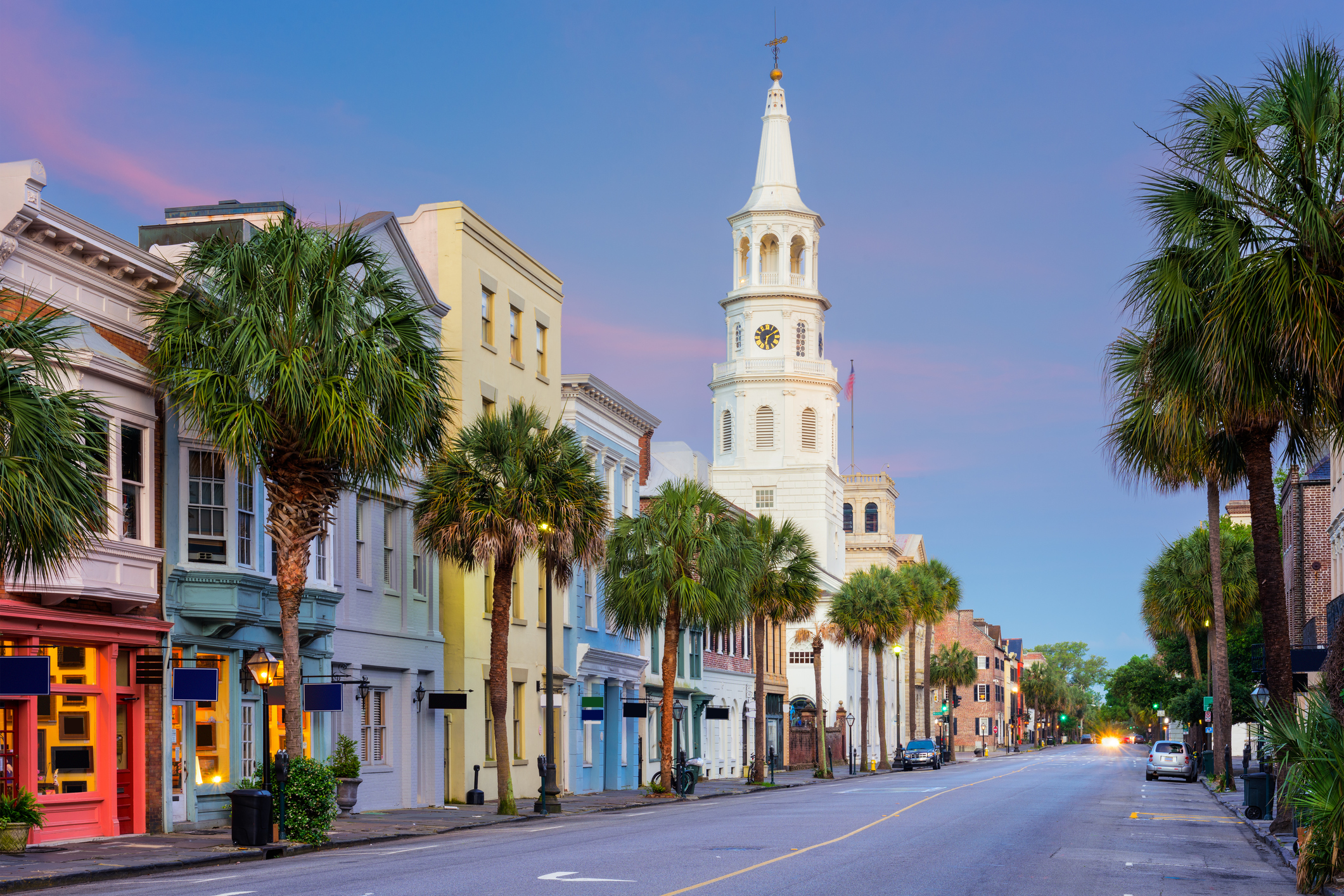 In 2015, Charleston, South Carolina, made headlines when nine people were killed in a church by a white supremacist. The shooter targeted the Emanuel African Methodist Episcopal Church, which is one of the oldest black congregations in the U.S. Charleston is often called "The Holy City," because it has over 400 places of worship and was known for religious tolerance. In the early days of America, South Carolina tolerated almost all Christian Protestant denominations and allowed Orthodox and Sephardic Jews to practice their religion without restriction. Take a tour through these churches to learn more about faith, history and Charleston.

The synagogue, built in 1840, is often referred to as one of America's finest examples of Greek Revival architecture. It's the oldest synagogue in continuous use in the United States. This congregation is thought to be the home of Reform Judaism, and it founded the nation's oldest Jewish charitable organization and the oldest Hebrew Orphan Society in the U.S.

The beginnings of Brith Sholom Beth Israel date back to 1852, when Orthodox Jews from Poland, Lithuania and Prussia came to America. The synagogue managed to remain open during the Civil War, even serving matzo and kosher meat during Passover. Members of the church who died serving the Confederate army are buried in the cemetery belonging to the congregation.

This building is home to the Episcopal Diocese of South Carolina. Construction began on the Neo-Gothic building in 1810 and was completed in 1815. The church was a sanctuary for many congregations during the Civil War. The original church bell was melted down to support the Confederate cause. In 2012, the congregation disaffiliated with the national Episcopal Church and is now affiliated with the Protestant Episcopal Diocese of South Carolina.

The church is often referred to as Mother Emmanuel. The state and city had ordinances prohibiting churches from being predominantly black. Black people were required to worship only during daylight hours. In 1818, 140 members of the church were arrested. The church was harassed for years. Six of its organizers were executed in 1822. The church was burned down, not to be rebuilt until after the Civil War. The congregation met in secret when all-black churches were outlawed in Charleston following Nat Turner's slave rebellion.

Saint Mary's is the first Roman Catholic parish in this region. The building is built in the Roman style and was finished in 1839. The original building burned down in the 1838 fire in Charleston. South Carolina did not have as much tolerance for the Catholic religion as it did for Christian Protestants when it was a colony.

Once a year, this congregation holds a service entirely in French, as a remembrance of their heritage. The first building was completed in 1867, but destroyed in 1796 in a fire. The present building was built in the Gothic revival style and dedicated in 1845. Although the building was damaged during the Civil War by shellfire and almost demolished in the 1886 earthquake, it managed to survive. It houses a tracker organ, which survived the War.

John Henry Devereux, the most prolific architect in South Carolina in the post Civil War era, designed this Gothic Revival sanctuary building. When it was dedicated in 1872, the church held services in both German and English. The congregation is much older than the building, started by German immigrants in 1840. The founder, Johann Andreas Wagener, served as a Brigadier General in the Confederate Army during the Civil War. He would later be elected as mayor of Charleston.