A Lighthearted, Humorous look at _Harry Potter and the Deathly Hollows, Part II

This post is the first installment of our "Fear Blog" series, in which we ridicule those who use religion and pop culture to inspire fear. This week's installment satirizes those whose fear of witchcraft causes them to bedevil innocent children's books like the Harry Potter series._
_ 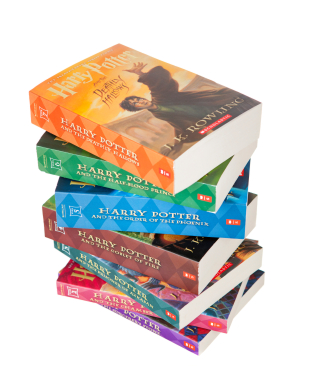 Christians, or so called Christians, are flocking to bookstores and movie theaters around the world in hordes to partake in a dastardly ritual - consuming Harry "Son of Satan" Potter.Ã‚ These big satanic hordes will tell you that nothing is wrong with Harry Potter, fantasy is for fun and witches aren't real plus, it gets kids reading. However, it is important that everyone is aware of just how imminent the danger is.

Enchanting adults and children alike, the Harry Potter series is poisoning the minds of even the most "faithful". Some "Christian" academies have even begun to allow these books to enter their once hallowed halls and poison the minds of wayward, well-meaning youth. (Well, they were well-meaning until they became drones, poised only to turn away from God and turns themselves to pillars of salt, meant to be burned by hell-fire) While it is true that these books may incite children into improving their reading and writing skills, one must ask themselves, "at what cost"? Is being admitted into a better college because Harry Potter helped raise your reading level really worth your soul?

Reading these books causes you to lose your sensitivity to witchcraft; this is the first step down the path to Hell, where there are not books at all. Doesn't it seem better to have a lower reading level in this earthly realm and spend eternity basking in Jesus, where reading is not necessary but allowed? In heaven, all knowledge is yours and your reading level is exactly what you want it to be.

Some skeptics may ask, "How do you know Harry Potter is really Satan? I mean it is just a kid's book." WRONG. Everyone thought it was just a little party, just some good clean fun, until Sodom and Gomorrah were consumed by the fire of God's wrath. Let it be known Christians, Satan comes in very deceptive and sometimes unassuming packages. In this case, it is a book cover with a young wizard brandishing a devil stick on the front.

Now, we know this is the eighth and final installment in the series that leads you to nowhere but eternal damnation however it is not too late to do an about-face and run down the path to righteousness. If you, or someone you know, is on the way to the theater, bookstore or drive-in, DO NOT LET THEM LEAVE. Just like friends don't let friends drive drunk, friends don't let friends go to hell riding the back of a Rowling griffin.

At the ULC Ministries we welcome both those who agree and disagree with this blog post to become a legally ordained minister, for, we are all children of the same universe. That is until some of us go to Hell because they read Harry Potter.

Next up in the "Fear Blog" series: Pokemon - gotta catch 'em all... with Satan?