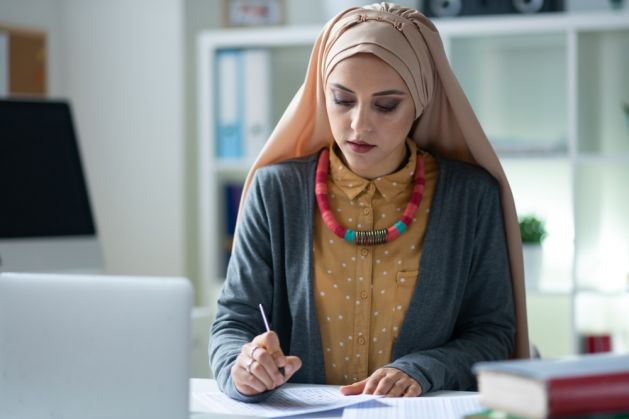 Proponents claim it will help keep public spaces secular and free from undue religious influence. And support is widespread – polls show more than 2 in 3 Quebec residents approve of the ban.

However, critics argue the controversial measure disproportionately harms Muslim women in the Canadian province, who will now have to choose between keeping their jobs and wearing religious head coverings such as hijabs.

While all public professions are covered under the ban, teachers, in particular, are speaking out.

"This is causing them immediate financial hardship, but also enormous uncertainty about their ability to pursue the careers they have spent years training for, as well as stress and the sense of being singled out among their peers," states a complaint filed by a group of Muslim women who’ve struggled with employment due to their insistence on wearing a headscarf.

One McGill University graduate described having to reassure two Montreal school boards she'd be willing to remove her hijab in front of the children provided there were no male aides in the classroom. She was eventually forced to take a part-time position at a private school when neither got back to her. "Now, I am depressed and anxious, and I feel like a second-class citizen in my own province," she wrote.

A second preschool and primary school teacher who wore her hijab to work for years was recently told she'd no longer have a job if she didn't remove her hijab, forcing her to accept a lower-paying job as a monitor at another school.

The Coalition Avenir Québec government has framed Bill 21 as a necessary and logical step for any secular society. "Laicity does not run against freedom of religion, and everyone will stay free to practise the religion of his or her choice," explained Quebec Premier François Legault. “It’s an approach that respects our history, our values, and it’s an approach that respects what the majority of Quebecers want."

Furthermore, supporters note, the ban does not single out any one religion. Yarmulkes, crosses, turbans and hijabs are all covered under the new rules.

And so despite questions of constitutionality, the law has remained standing in large part due to its public support. Quebec is a hugely important voting bloc, and with national elections right around the corner, Canada’s major candidates have been reluctant to call for any direct attempts to remove the ban for fear of losing votes.

The French have a long history of enforcing secularity in public spaces. Quebec, with its strong French roots, appears committed to continuing this tradition. But what should take precedence: a desire to keep religion and public life separate, or freedom of expression? That’s the question Canadians will have to grapple with as this ban continues to be the subject of intense debate.

What do you think?