Whoever said a wedding has to be 100% serious? Some couples prefer to inject a bit of humor into the big day in order to personalize the ceremony and keep the affair lighthearted and fun. All the legal elements are present in this funny wedding script, but laughter is encouraged along the way.

Seriously, though. Thank you all so much for joining us. (_________ and _________) have asked that this be a fun ceremony, so we’re here to have a good time these next few minutes while we get this hitching done, then we’ll all have even more fun when we get to the reception. This thing isn’t gonna start itself, so let’s get to it!

We hold marriage up as a tradition in this country, and we’ve debated over it a lot in the last few decades, but at the end of the day, why do we do it? I made the joke in the intro about loving each other so much we’re going to get the government involved, but is that all it really is?Of course not! It’s a tradition, yes, but we change traditions all the time, and we keep the essence of those traditions alive in their new forms. So nowadays marriage isn’t what it used to be when Ralph Kramden promised to knock his loving wife Alice “straight to the moon!” night after night in the fifties - _________ you’re definitely not allowed to do that. At all. And neither are you, _________. Nobody is allowed to knock anybody straight to the moon, no matter how hairy things get.

We do marriage because it helps to have someone around to walk through life with.

_________, _________, I can’t think of two people more suited through life together than you. In the time we’ve gotten to know each other, you’ve certainly both made me smile, and I’ve seen that your marriage will be built on a foundation of love and trust, and that’s the best shot any of us can give it. You’ll need to depend on that foundation of trust and of love throughout your marriage. You’ll need to be more patient than you’ve ever had to be before. You’ll experience higher highs, and lower lows than ever before, but now you’ll be in it together - for good.

With that in mind, let’s check some legal boxes, shall we?

(At this point the couple may exchange vows if they’ve written their own, or, if not the following may be substituted) 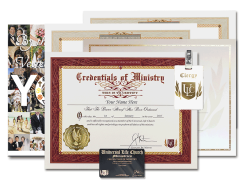 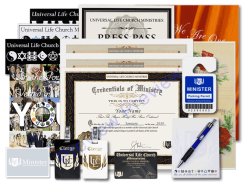 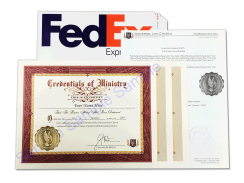