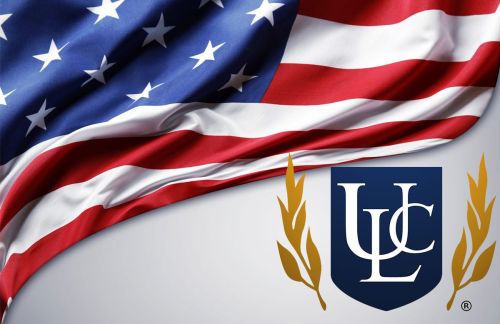 Anyone who has attended a wedding knows how special the occasion is for everyone involved. The creation of a new union is a beautiful spectacle, and many people feel honored just to be invited to witness it. Now, imagine how meaningful the event would be if you weren’t simply an audience member, but in charge of performing the ceremony itself. With online ordination, becoming a legal wedding officiant has never been easier!

As opposed to signing up for a foreign ministry, we recommend signing up for an American marriage ministry such as the Universal Life Church. By joining the ULC, members can become ordained free of charge – giving them legal authorization to officiate wedding ceremonies across the nation. Many traditional ministries mandate that all members register for years-long study programs that are as exhausting as they are expensive. The Universal Life Church takes a different approach: we see such requirements as unfair barriers to entry which prevent many qualified and motivated individuals from following their true calling. Just because you don’t have the means to serve in a ministry doesn’t mean you should be denied the opportunity.

That’s why we’ve designed a simple online ordination process. All that’s required is filling out a short online form on our website. Enter your information, press submit, and you’ll be welcomed into our ever-expanding community. It’s as easy as that!

U.S. marriage laws dictate that in order to perform wedding ceremonies, you must be an ordained member of one of the established American marriage ministries here in the United States. While many people still take traditional routes to ordination through seminary or theological studies, other options are now available to the public as well. Alternative organizations that identify as non-denominational, Wiccan/pagan, or something else entirely, also offer ordinations. Legally, ordinations from these non-traditional groups carry the same legal standing as those issued by “mainstream” religion.

The Universal Life Church is an all-inclusive non-denominational American ministry that has ordained millions of members. Here are a few things to remember when completing our online ordination process:

After you’ve received a confirmation email certifying your status as an ordained minister, your next move should be to research the marriage laws where the wedding will be held. To keep you informed on the various requirements for all the states and counties across the U.S., we’ve created a handy Marriage Laws map with all the information you’ll need. You can reference this resource to figure out if you’ll need to register as a minister, what the marriage license process looks like, and what documents you might be required to present before performing a ceremony.

Now that you’ve been ordained by one the premier American marriage ministries and researched any applicable marriage laws, your next responsibility will be to craft a memorable ceremony. If this seems a tall task, please consult the training materials on our website – they offer extensive instructions and advice for how to perform a wedding. We’ve even designed a ceremony script generator to get you started. That being said, your most useful resource will be the couple themselves. It’s their big day, and their wishes should be paramount. Work with them as you design the ceremony to accommodate any elements or rituals they want included.

Leave yourself plenty of time to practice before showtime. Read over the script thoroughly so you know exactly what order things will be in (others might forget and need a reminder). Speak clearly and use your “stage voice” to ensure the entire audience can hear. Don’t fret if you make an error or misspeak – weddings never go exactly as planned, and a small mistake will hardly be noticeable anyway.

Diversity of Belief and Ceremony Variations

Although certain legal aspects of marriage ceremonies will remain constant, there are many other elements that can vary significantly depending on the desires of the couple and their chosen belief system. If the couple is religious, they may request faith rituals or readings be added to the ceremony script.

Non-religious couples may also tailor their ceremony to fit their beliefs. One popular trend among the more adventurous types is to hold a themed wedding, although there are plenty of alternative ceremony ideas that are more subtle. Some people simply choose to include a few favorite readings or add a non-religious ritual into the proceedings.

If all this information seems overwhelming, don’t worry – you’re not alone. Many people join American marriage ministries like the ULC without any prior knowledge of how to officiate weddings. That’s why we provide our ministers with helpful ceremony training information, access to a broad support network of fellow members, and an online catalog filled with wedding supplies to aid you on the big day. Thanks to our easy online ordination process, you’re just a few clicks away from presiding over an upcoming ceremony! Visit our ordination page to get started!

Back to Training Center